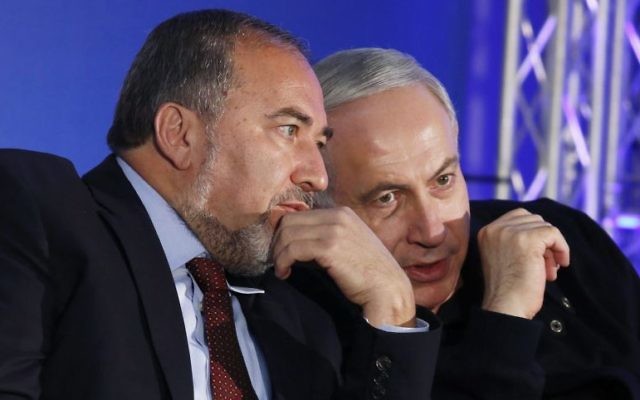 THERE were mixed reactions from the Australian Jewish community this week to the news that Yisrael Beitenu leader Avigdor Lieberman was set to join the Israeli government as Defence Minister. The hawkish politician is poised to replace Moshe Ya’alon, who quit last week after clashing with Prime Minister Benjamin Netanyahu.

Announcing his departure from both his ministerial post and the Knesset, Ya’alon said, “Unfortunately, I have recently found myself confronted by difficult dilemmas on issues of principle and professional matters with the Prime Minister, a number of ministers and several Knesset members.”

Noting that Likud was “no longer the movement I joined”, he added, “Israel and Likud have been taken over by extremist and dangerous entities that are undermining our home and threatening its dwellers.”

On Saturday night, several hundred protesters gathered in Habimah Square in Tel Aviv to protest the new political coalition. Protesters chanted slogans such as “Bibi you failed, Bibi go home” and “We don’t want more victims, Lieberman is a minister of war,” The Jerusalem Post reported.

Netanyahu said on Sunday morning during the weekly Cabinet meeting that from the time the government was formed, he had planned to expand the coalition.

“A government that is as broad as possible is the best thing for the State of Israel. We are in the midst of moves to expand the government. I think that a broader coalition will help us meet the many challenges facing us and also take advantage of the ­opportunities.”

A former foreign minister, Lieberman is regarded as a hardliner who has criticised Netanyahu for being too soft.

He said Israel didn’t go far enough to rout Hamas during 2014’s Operation Protective Edge, he has advocated the transfer of Israeli Arabs to the Palestinian territories and has called for the death penalty for ­terrorists.

Critics also note that unlike many of his predecessors in the post, he never held a senior position in the IDF.

“Lieberman is a proven loyal and committed leader in Israel who will do his best to strengthen Israel in his new role,” Lamm said.

“The ZFA stands by the decisions of the Israeli government.”

However, president of the Australian branch of progressive Zionist group Ameinu Johnny Baker expressed deep concern at the appointment.

“This latest development represents yet another cynical ploy by Bibi, who had only recently decried Lieberman as not being fit to play a role in the defence establishment. Worse still, this comes at the expense of the widely acknowledged defence minister, Moshe Ya’alon, whose demise was caused by his unwavering adherence to the ethical guidelines of the IDF.

“In his parting remarks, Ya’alon summed up the concerns many Israelis have about ‘extremist and dangerous elements’ fostered by the current government.

“Hopefully, Ya’alon’s principled resignation will be a step towards ultimately forming a moderate government rooted in tolerance, the rule of law and a vision for peace.”