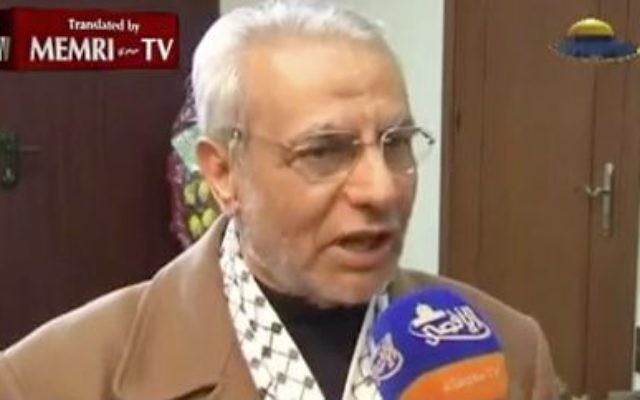 TV footage from December 26, translated by MEMRI (the Middle East Media Research Institute), quotes the Grand Mufti as saying, “We came here in order to learn from Gaza.

“We will make the stones, trees and people of Gaza talk in order to learn steadfastness, sacrifice, and the defence of one’s rights from them,” he said.

“Hamas is a terrorist organisation, subject to Australian financial sanctions, which is engaged in terrorism and war crimes, is rife with extreme anti-Semitism, and is dedicated, in word and deed, to the violent destruction of a friendly state,” he said.

“It is incomprehensible that anyone with pretensions of moral authority would hold up Hamas-led Gaza as a model from which Australians can learn.”

Executive Council of Australian Jewry executive director Peter Wertheim said there was nothing Dr Mohamed could learn from Gaza and its Hamas rulers that could possibly have any legitimate application in Australia.

“His visit and his comments undermine Australia’s efforts to build a peaceful, inclusive and democratic multicultural society,” he said.

Zionist Federation of Australia president Philip Chester said the Australian government, and “indeed all Australians”, should be concerned about the visit.

“Apparently the Grand Mufti is described as a moderate, however his previous comments lauding Osama bin Laden and describing Gaza as the land of jihad are not statements of moderation,” he said.

Federal Melbourne Ports MP Michael Danby said the government would “take a very keen interest into the circumstances and membership of this delegation”.

“The Mufti must realise how most Australians and how officially Australia regards Hamas,” he said.

But a spokesperson for Foreign Minister Bob Carr said travelling to Gaza and meeting the Hamas Prime Minister “may of itself not necessarily breach” Australian law.

He said providing material support to Hamas and interacting with its military wing were prohibited, but there were no suggestions on this occasion that any laws had been breached.