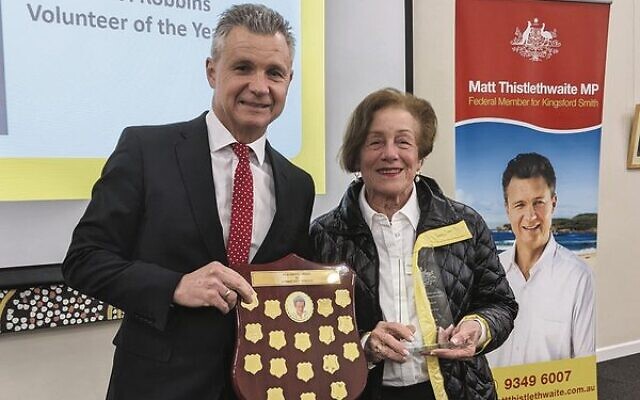 Wise was presented with the award by Matt Thistlethwaite MP at the Kingsford Smith Community Service Awards, which were held at the Randwick Community Centre. 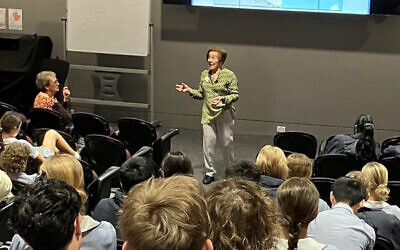 The Vi Robbins Award, named in honour of the late Vi Robbins who volunteered at the Prince of Wales Hospital until she was 110 years old, goes to the most outstanding volunteer of the year in Kingsford Smith.

Wise, a child Holocaust survivor from France, made Australia her home in 1947 and has spoken to countless school students as part of the Courage to Care Classroom Program, which she has been doing since 1996. She is a strong advocate for education as a key tool for imparting tolerance and acceptance.

A group of 10 Courage to Care NSW volunteers, including Wise, travelled to Canberra earlier this month to conduct programs at seven high schools to a total audience of over 700 students. A cocktail party and information session titled “Inspiring Australians to stand up for a more compassionate and inclusive society” was held at the National Jewish Memorial Centre.

With incidents of discrimination and antisemitism on the rise, the organisation’s message that “everyone can be an upstander” is now more relevant than ever. Courage to Care is experiencing increased demand for its unique service, and is recruiting for volunteers and Holocaust survivors interested in assisting in the ACT, with a second Canberra visit planned for February 2023.