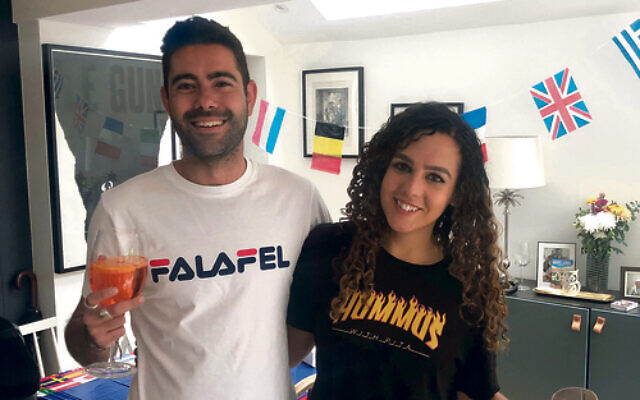 YOUNG, fit and healthy at 32 years of age, Jonno Seidler was anticipating one of the most special days of his life.

Preparing to marry his fiancée, Keren Tal, on Sunday, the couple had recently arrived in Sydney from London where they had been living.

Shortly after, they were both diagnosed with coronavirus.

Describing the symptoms as being “kind of like the 10 plagues”, Seidler remarked, “I felt like I was having a panic attack and couldn’t breathe. I’ve had panic attacks before, so I thought I could lift myself out of it, but it wouldn’t go away.

“Then another night I couldn’t get out of bed, my whole body was in agony. It was like shingles, like lightning, and then an hour later it was gone. Other times I had really bad headaches.”

Tal’s symptoms were milder, but one tell-tale and concerning sign was loss of smell and taste.

Since his experience with COVID-19, Seidler has spoken out about the shroud of secrecy and stigma from some quarters.

“You somehow feel like a second-class citizen or that you have contracted a virtual influenza. People are playing the fault game. People keep asking, ‘Do you know how you got it? Do you know who gave it to you?’ The question should really be, ‘How can we help you? How can you help us?’

“Particularly for our community, it’s small and we need to help each other. If you have it, we should talk about it.”

Now that the couple have tested negative, Seidler hopes to help those in need, shift unhelpful societal attitudes, and finally marry Tal when the pandemic has passed.

Unlike Seidler’s concerning presentation of COVID-19, Dr David Adler, despite being 31 years Seidler’s senior, is managing a relatively mild form – so far, at least.

“When we got the phone call last night (Sunday) from the laboratory, my initial thought was that this is good news,” said Adler, who is president of the Australian Jewish Association.

“The best thing that can happen to you during a pandemic is that you get a mild version of the disease, get through it and get immunity.”

Adler was travelling in Israel with his wife, Aeli, last month.

Passing through airports in Johannesburg, Tel Aviv, London, Singapore and Sydney, he said that “the only time we felt seriously at risk was at a confined space in Sydney airport”, which is where he believes they contracted the virus upon arrival nearly three weeks ago.

“It was the most shambolic part of the entire journey. All the other airports had much better separation provisions.”