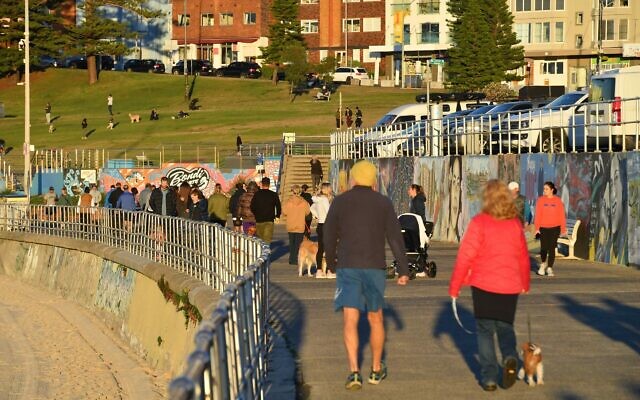 MELBOURNE’S experience during the first and second waves of the pandemic last year “highlighted the need for greater collaboration” between organisations, a new report has found.

“The Impact of COVID–19: A Comparative Study of the Melbourne and Sydney Jewish Communities” was written for the international journal Contemporary Jewry by Suzanne Rutland, Professor Emerita at the Department of Hebrew, Biblical & Jewish Studies at the University of Sydney.

“One of the key messages is that Melbourne’s lack of a united communal structure meant that it was less well prepared to deal with the challenges that COVID-19 raised,” Rutland noted.

“The Sydney Jewish community has a centralised system of fundraising, planning and management in contrast to Melbourne, where the challenging situation created the need for better coordination.”

Rutland noted that while outgoing CEO of Jewish Care in Melbourne, Bill Appleby, collaborated with a range of organisations during the pandemic, “He felt that this challenge also highlighted the weaknesses of the Melbourne Jewish community structure,” she said, leading him to draft the proposal “A Case for Change”, in which he argued that the juncture in history presented an opportunity similar to when the 1967 Six-Day War led to the formation of the Jewish Communal Appeal (JCA) in Sydney.

Rutland noted that Jewish Community Council of Victoria (JCCV) executive director Judy Fetter had also expressed the hope “that greater collaboration in Melbourne during the pandemic will lead to ‘some longer-term mergers resulting in a more rationalised group of organisations to best serve the needs of the Jewish community in the decades ahead’.”

Commenting this week on how the Jewish community has managed the pandemic, JCCV president Daniel Aghion told The AJN, “Our crisis management in Victoria was effective but ad hoc. We had insufficient planning in the crisis management area … but this is something the JCCV is working on.”

Recognising Victoria would continue to be disadvantaged by the lack of a communal appeal, he nonetheless noted, the JCCV’s crisis management in responding to the illicit engagement party and minyans, and in establishing pop-up testing centres, “was much more effective than last year”.

“Whilst I have been for many decades a proponent of some type of Jewish Communal Appeal in Melbourne, I am not convinced that its absence hampered Melbourne’s response to the COVID crisis, nor that Melbourne’s response was any less effective than that of Sydney. The JCCV, together with key communal organisations, established a Victorian Jewish Community Taskforce which issued frequent and comprehensive updates, providing critical information on a regular basis. Synagogues, the Jewish Holocaust Centre and many other organisations reached out by telephone to members to ensure their well-being; and Jewish Care proved once again that the Melbourne Jewish community has almost boundless generosity when it comes to financial support during a crisis.

“How do you quantify or qualify effectiveness? From what I have seen, both communities have shown strength, cohesion and resilience during this difficult time.”