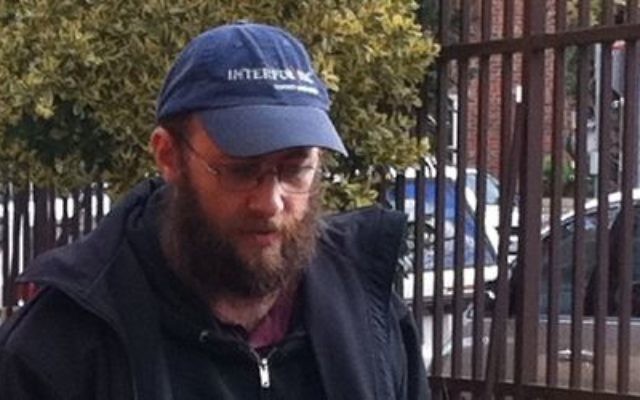 FORMER Yeshivah College, Melbourne, employee David Cyprys (pictured) will learn his fate on Friday when he is sentenced for a string of child sexual abuse charges dating back to the late 1980s.

Cyprys appeared before Judge Peter Wischusen in the County Court on Monday for a pre-sentencing hearing after he was found guilty earlier this year of raping a 15-year-old boy and pleaded guilty to molesting eight boys.

The court heard the complainants in the case had been traumatised by the abuse, with several victim impact statements read during the hearing.

One of Cyprys’s victims, who cannot be named, was present to read his statement to the court and struggled to retain his composure as he detailed the lasting effects of the abuse he suffered at the hands of the 45 year-old.

“It is clear to me that so much of my youth was wasted. Why? Because of David Cyprys. Because he chose to sexually abuse an innocent, defenceless and vulnerable child.”

The man described Cyprys as someone in a position of power and authority at the college and a person he “admired, respected and feared”.

The victim said many of Cyprys’s victims could have been spared had Yeshivah College taken appropriate action at the time it was first made aware the former security guard was sexually abusing students and vowed to pursue the school through the civil courts.

“Had the Yeshivah Centre dealt appropriately with the initial allegations against Cyprys from the early to mid-1980s, there is a good chance that I would not have been another one of his many victims,” the court heard.

The victim said then head of the Yeshivah Centre Rabbi Yitzchok Dovid Groner knew of the abuse but allowed Cyprys to continue working at the school where he had access to children.

Former Jewish Community Council of Victoria executive director Michelle Coleman, who married Cyprys in 2012, was present in court. A statement in support of her husband was read to the court.

Cyprys’s lawyer said his client had been assaulted in prison as recently as last week and had been victimised because of the nature of his crimes and also for being Jewish.