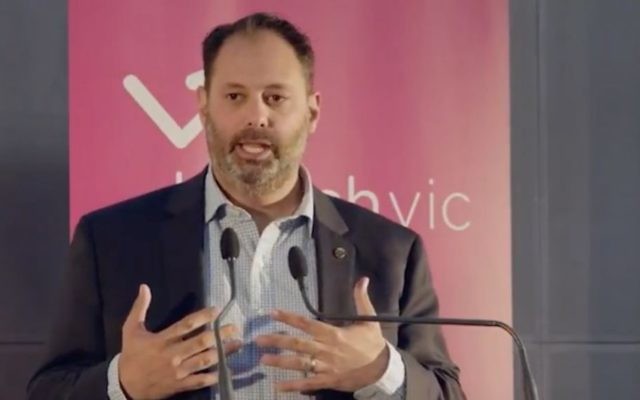 VICTORIA’S Minister for Small Business, Innovation and Trade has hit out at fellow Labor members who have called for Australia to recognise a Palestinian state.

Philip Dalidakis, the Member for the Southern Metropolitan Region in the Legislative Council, was responding to comments from party grandees, including former prime ministers Bob Hawke and Kevin Rudd who urged Canberra to take a stand on the issue during Benjamin Netanyahu’s visit.

Speaking in Parliament last Thursday, Dalidakis said, “The ALP has a proud history of support for Israel, including the fact that Doc Evatt was among the first people to vote for its creation. Today, though, I condemn the intellectual dishonesty of [former foreign ministers] Bob Carr and Gareth Evans. Their calls for the ALP to adopt unilateral recognition of a Palestinian state ignore the outcomes of Gaza and refuse to accept that peace needs two partners. A two-state solution is indeed the only way to realise equally the legitimate separate national aspirations of the Jewish and Palestinian peoples – and it remains ALP policy – but that cannot be achieved unilaterally.”

While Dalidakis conceded that he does “not support many domestic policies of Prime Minister Netanyahu as he panders to his own right-wing coalition partners”, he added, “but that does not hinder peace talks, as anti-Zionists would have you believe. Years of failed peace negotiations, intifadas, terror attacks from the air and on the ground, hate crimes in the street and more are not cause to abandon the negotiated peace process.”

Dalidakis conceded, “A Palestinian state is right and just, but it can only come about through a negotiated settlement between the two parties. That means a final resolution to borders, recognition of both nations’ legitimate right to exist and self-determine their identities, an agreement over the final status of Jerusalem and the holy sites, and an end to all violence and terrorism. We cannot sidestep this process; it has not worked yet, but that does not mean there is a better solution.

“Unilateral recognition is not the way forward. It will do nothing to advance the peace process. It will only encourage intransigence and extremists on both sides, and it ignores the fact that the Palestinians have no unified government and no clear borders and have not had free and democratic elections in well over a decade.”

He concluded, “Peace will only come when the two parties trust each other enough that they believe a two-state solution will provide peace, security and a better life for their nations. Unilateral recognition will only promote the opposite of that.”