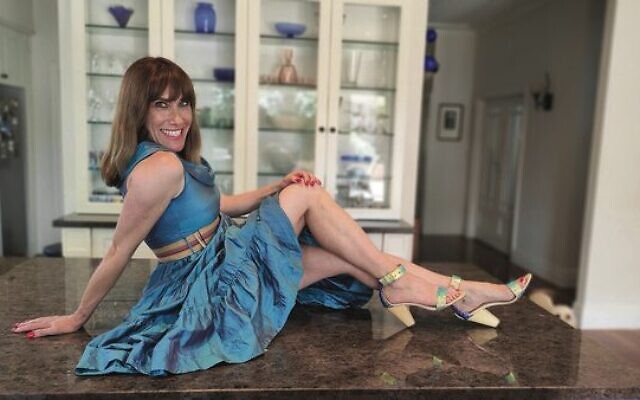 In the ’90s, Melbourne-based film and television lecturer, comedian, screenwriter and script assessor Marilyn Leder interned at Twentieth Century Fox for Jason Alexander. She also worked in development at NBC TV in Los Angeles, searching for new writers for Seinfeld, Frasier and Friends.

Imagine sitting in on pitch meetings as writers, producers and directors would try to sell their film and television ideas. Leder would then read the proposals and give written appraisals of the screenplays and projects to the TV development execs. Sounds like a pretty cool gig.

“It was a terrific experience as a young writer to learn how to summarise screenplay ideas and write synopses, and also how to pitch TV and film projects,” Leder explained.

While in LA, Leder performed stand-up around the comedy clubs, including The Improv, L.A. Comedy Store and Canter’s Deli.

One memory of her stand-up days in LA stands out, when her support act happened to be extremely famous.

“One night at The L.A. Comedy Store, I had been waiting patiently to go on stage and was just about to do a brief spot when word buzzed around the club that a hot, young stand-up comic called Chris who had just been given his own TV show was about to come in and try out some new material,” she recalled.

“I didn’t know of him and all I could do was wait during his extra-long, rapid-fire style set, listening to the crowd’s laughs get louder and louder. I had to follow him on stage at about 1am. I was furious! The comic who ‘supported’ me that night was Chris Rock!”

Leder stopped performing just before she got married, starting things up again in 2016, once her kids were older. Two weeks before the first COVID-19 lockdown, Leder walked away from her 20-year marriage.

“After a series of disastrous dates with age-appropriate, dull suitors, I set my online dating demographics to 30–40-year-olds,” she said. “Almost overnight, my inbox overflowed with young hotties wanting to spoil me!”

Describing online dating as “a welcome distraction” during Melbourne’s never-ending lockdowns, supporting her kids through their teenage years and converting her university courses to online learning, Leder acknowledges that dating during COVID has its challenges, which is exactly what the show is all about.

“Do I have to wait two weeks between dates to check I’m clear of the virus?” she asks. “And dating in your 50s? He buys me roses on Monday and throws his back out by Wednesday.

“I do love finding the funny in heartache and adversity. The show is fun, cheeky and life affirming. In an era of unapologetic female empowerment, it’s great fun to subvert the worn-out stereotype of older men chasing after younger women.”