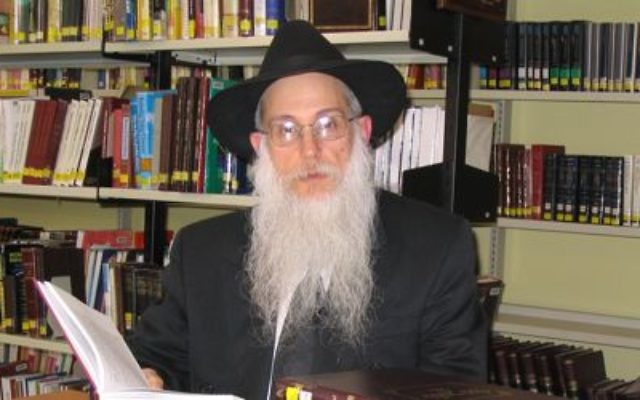 A VICTIM has told the Royal Commission that he lost his Yeshivah scholarship and was effectively kicked out of the school when he told Rabbi Avrohom Glick (pictured) that he was sexually abused by David Cyprys.

The victim, who is not from Melbourne and is known as AVR to protect his identity, was raped by Cyprys five times in the early 1990s.

He said that he didn’t reveal his abuse to his mother because she had leukaemia at the time he was very unwell.

“My mum was sick and alone and interstate.

“I was worried about her.”

But when he was struggling to cope one day a friend found him  crying in the playground.

The friend took him home and AVR disclosed his abuse.

The friend’s mum then called AVR’s mum and she instantly flew to Melbourne and called Rabbi Groner that night.

The next day AVR and his mother went to Yeshiva because he wanted to stay at the school but wanted to know what they would do about Cyprys.

“Rabbi Glick said my scholarship had been cancelled.

“From that time Rabbi Glick and Yeshivah did not want me.

“They did not offer to help me or provide me with counselling.”

AVR struggled to speak as he explained that his mother, who stop treatment for her leukaemia while she helped him, died in 1995 and he has always wondered if her time in Melbourne shortened her life.

It was revealed that: