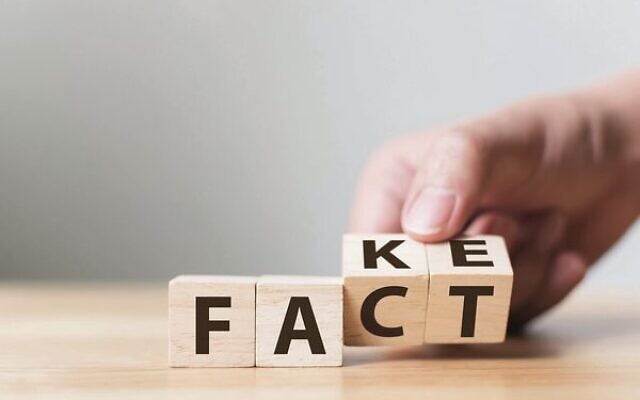 CRITICS of the widely-used International Holocaust Remembrance Alliance (IHRA) Working Definition of Antisemitism – which the Australian government “embraced” in October, and the ALP Opposition also supports – overwhelmingly claim that the problem with it is that it supposedly labels as antisemitic, and thus stifles, criticism of Israel.

To make this argument, critics typically ignore the clause in the definition which explicitly states, “Criticism of Israel similar to that levelled against any other country cannot be regarded as antisemitic.”

But they also almost always repeat a claim that “seven of the 11 examples in the definition are related to criticism of Israel”.

For example, Paul Heywood-Smith, former head of the Australian Friends of Palestine Association, claimed in an online article on October 24 that “Seven of the [IHRA definition’s] examples equate criticism of Israel with antisemitism”.

Likewise, Jewish Greens activists David Zyngier and Daniel Coleman wrote in The Age (21/10) that “the definition has an appended list of 11 examples of antisemitism. Seven are focused on criticism of Israel”.

This does sound bad – a majority of the examples are about criticism of Israel!

However, looking at the actual text of the definition makes it clear this claim is just untrue.

Seven of the 11 examples do mention the word “Israel” – but this does not mean they have anything to do with criticism of Israel.

Furthermore, in any discussion of the examples, it’s worth remembering that each is described as things that “could” be an example of antisemitism “taking into account the overall context”.

In other words, the examples are conduct which raise questions about potential antisemitism, not things which are automatically antisemitic.

One example which mentions Israel is “accusing the Jews as a people, or Israel as a state, of inventing or exaggerating the Holocaust”.

This example is clearly about Holocaust denial.

Two others are “holding Jews collectively responsible for actions of the State of Israel” and “accusing Jewish citizens of being more loyal to Israel, or to the alleged priorities of Jews worldwide, than to the interests of their own nations”.

These are clearly about racist generalities against Jews collectively which invoke Israel, not criticism of Israel.

This should also be a no-brainer. If we are against spreading classical antisemitic stereotypes, using them while substituting “Israel” or “Israelis” for the word “Jews” is obviously problematic.

There are exactly three examples, not seven, that could mark certain extreme rhetoric against Israel as potentially antisemitic. These are: Denying the Jewish people their right to self-determination, e.g. by claiming that the existence of a State of Israel is a racist endeavour; Applying double standards by requiring of it [Israel] a behaviour not expected or demanded of any other democratic nation; Drawing comparisons of contemporary Israeli policy to that of the Nazis.

Two of these actually apply only to demonisation of Israel, not “criticism” – comparing Israeli policy to the Nazis or claiming that Israel’s very existence (and not its policies) is racist. Anyone who says Israel’s existence is inherently racist, or that Israel is comparable to Nazi Germany, is not making a “criticism” – they are depicting Israel as an evil that must be eliminated.

So there is exactly one example in the IHRA Working Definition that could be said to apply to “criticism” of Israel – the one about employing double standards.

But is anyone actually prepared to go out on a limb and say it’s fine to apply double standards to Israel and demand of it behaviour not expected of any other similar country?

That’s obviously unfair and discriminatory – and doing so rightly should raise questions about motives, just as it would if someone applied double standards and harshly criticised Japan, or Botswana or Norway for something lots of similar countries were doing. (Obviously, if a Norwegian harshly criticised Norway for something lots of countries were doing because they have good reason to care about their own country more, that would be an example of “overall context” which would make the criticism non-discriminatory. The same would apply to Israel.)

So, of the 11 examples, exactly one, not seven, applies to criticism of Israel – unless you want to argue saying Israel is a racist Nazi state that should be destroyed is “criticism”.

And that one example is pretty unarguable as something that should raise potential red flags.

So if you read someone claiming that “seven of the 11 examples” in the IHRA definition are about criticism of Israel, you should immediately recognise that the person making that claim either has not read it or else is being deliberately disingenuous.