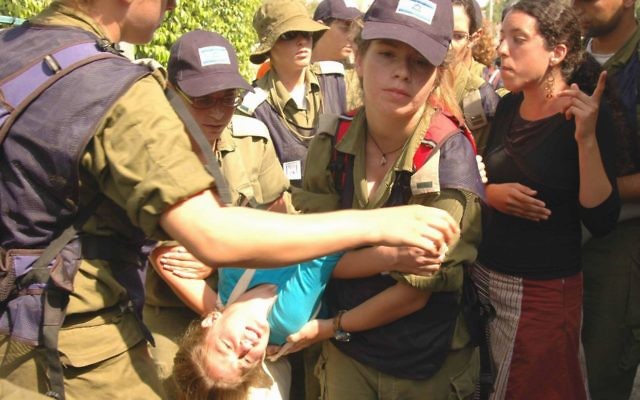 TEN years after Israel unilaterally withdrew from Gaza in the hope for peace, local community leaders have spoken of the plan’s “abject failure”.

Put forward by then Israeli prime minister Ariel Sharon, the disengagement – carried out during August and September 2005 – saw the removal of IDF installations and forces, and the eviction of more than 9000 Israeli citizens living in 25 ­settlements.

“From our vantage point a decade, 11,000 rockets and four major military campaigns later, it is undeniable that those hopes [for peace] have been smashed by the genocidal hostility of Hamas towards Israel’s right to exist in any form and within any borders,” Zionist Federation of Australia president Danny Lamm said this week.

“Since 2005 Hamas has transformed Gaza into a forward terrorist operating base for the conduct of attacks against Israel. The inevitable fighting that ensued has inflicted an entirely preventable toll of tragedy in casualties and squandered economic opportunity.”

Lamm said the disengagement also inflicted “a more invisible form of wound” by uprooting 9500 Jewish residents who had moved to Gaza with the “full encouragement of previous Israeli governments”.

“These residents – deprived of their homes through no fault of their own – suffered tremendous emotional trauma,” he said. “Livelihoods were ruined and many former Gaza residents languished in temporary housing for years. The resulting stress caused family disintegration and has even been cited as the cause for some suicides.”

Lamm said the “abject failure of the Gaza disengagement on all levels must be borne in mind when any future Israeli territorial concessions are considered”.

“An enduring end to the Israeli-Palestinian conflict will not be achieved through unilateral action by either party, but rather by means of direct negotiations predicated on the principle of peaceful coexistence within a framework of mutual national recognition,” he said.

“In particular this will require that the Palestinians genuinely reconcile themselves to the inalienable Jewish right to national self-determination in the Jewish national homeland.”

Stating that the Palestinian Authority, and later Hamas, “squandered” the opportunity to build the foundations of a Palestinian state, Executive Council of Australian Jewry executive director Peter Wertheim said, “Instead of looking after the needs of their people, they devoted their resources and energies to smuggling weapons and munitions into Gaza, and firing rockets and mortars at kindergartens, synagogues and other civilian targets in Israel.

“Instead of preparing their people for peace and normality, they provoked needless and costly military confrontations with Israel, desecrated ancient Jewish cemeteries and places of worship, and destroyed valuable infrastructure left intact by Israel.”

Wertheim added that the people of Gaza have been “made to bear the full weight of the iniquities of their leaders, leaders who are adept at hating, killing and destroying but utterly lacking in the ability to build and create a viable economy, society and state”.

“Following the Second Intifada, the idea that Israel’s security could potentially be improved through territorial withdrawal even in the absence of a peace agreement with the Palestinians was common in mainstream, centrist Israeli political thought,” he said.

“Hamas’s rout of PA rule in the Strip in the years following the disengagement, leading to the intense militarisation of Gaza and several escalations and wars, greatly diminished the average Israel’s appetite for unilateralism – especially in the West Bank, where the danger to normal life in Israel from a terrorist takeover would be vastly worse.”

Rubenstein added that Israeli leaders today are deeply sceptical that the international community will support Israel if a future Palestinian state decides to renew hostilities towards Israel.

“The Gaza disengagement left even the most cynical Israelis amazed by how little diplomatic credit Israel was given for their complete withdrawal, without any quid pro quo,” Rubenstein said, “and how little right to self-defence international opinion grants Israel, even in the face of the most blatant, terrorist aggression, including missile attacks, from territories Israel voluntarily vacated”.