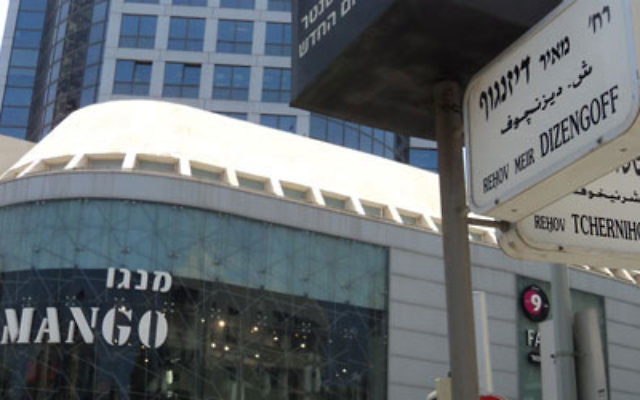 THERE is a well-funded and powerful cottage industry of NGOs, journalists, academics and activists who are crystal clear about their unabashed anti-Israel ideology. The goal of their openly declared war is to damage Israel’s standing in the court of world opinion and to bring about its collapse.

This fire-hot, unbridled hatred is obsessive and irrational, based on a methodical marshalling of lies that paint Israel as immoral and genocidal. It is double standards, singling out, demonisation and delegitimisation, big time.

Facts and truth-telling are out.

This relentless, pernicious global crusade makes Israel’s existence the source of all troubles in the Mid-east and an ever-present threat to lasting peace, much more than Iran or ISIS.

Forget the dictatorships. Israel is the embodiment of evil, just like Nazi Germany. By that warped logic, fascist Israel is not just worthy of punishment and isolation through the BDS and UN censure, it is a country guilty of ethnic cleansing and oppression, that has no right to exist.

These assaults and defamation have real consequences, and I’m not just referring to the frightening rise of violence against Jews.

This smear campaign weakens the world’s resolve and motivation to take on the Iranian government or Hamas, or any of Israel’s enemies. After all, if you believe the blood libels, Israel is so villainous, so corrupt, so beyond redemption, that it is deserving of annihilation.

A world without Israel is the new anti-Semitism.

Billions of people are manipulated by a tsunami of malicious op-eds, dishonest news items, scurrilous caricatures and disparaging articles that are awash with crude fabrications. Too many adopt the skewed narrative, lock, stock and barrel.

Consider, if 60 Minutes, or The Sydney Morning Herald, or The New York Times, or the too-many-to-mention TV channels, radio stations and websites, publish such myths, then it stands to reason that the reports are true. After all, such respectable institutions wouldn’t give credence to falsehoods about the tiny Jewish state, would they?

Which brings us to Breaking The Silence (BTS) a radical Israeli NGO, with a budget of nearly four million shekels. Bankrolled mainly by European countries, and foreign entities, it is made up of former Israeli soldiers who are paid to collect anonymous testimonies and evidences of “crimes” so as to prove that Israel is guilty of “intimidation, instilling of fear, and indiscriminate punishment of the Palestinian population.”

In 2009, BTS accepted 75,000 shekels from Oxfam on the condition that it will interview as many soldiers as possible who will confirm the IDF’s “immoral actions”.

It has been reported that The Arab Human Rights Fund, which has links to Global jihad and the PFLP, provided BTS with US$300,000 to craft the report. Now Hamas is calling for Israeli “war criminals” to be brought to trial in the International Criminal Court.

are pretexts for ‘terrorising’ Palestinians”, and “We are the oppressors … we are creating the terror against us basically”. Got it? It’s the fault of terrorist Israel.

Unsurprisingly, reports from BTS (produced in English only for overseas consumption) which depict the IDF as dehumanising, unethical and as the worst serial violator around, are splashed across the international headlines, chipping away at Israel’s image.

BTS deliberately withholds context, and uses misleading headlines and hearsay. There’s no description of the complex situation of fighting armed terrorists hiding in houses, or that the IDF sends leaflets to warn civilians, or that Hamas fired rockets from schools and hospitals, dug tunnels to launch mega-attacks, and used children as human shields.

The infamous Goldstone Report, referenced and thanked a BTS report 27 times, since it aided Goldstone to reach his discredited findings that the IDF “repeatedly opened fire on civilians who were not taking part in the hostilities and who posed no threat to them.”

The distorted accusations contained in BTS reports are impossible to verify because the group refuses to hand over their documents, or disclose the identity of those making the complaints, or provide the date or military unit detailed in their accounts, thereby preventing the IDF from investigating the “allegations”.

As part of its propaganda warfare, BTS does global speaking tours, helping to fan the flames of rabid anti-Zionism, and denying Israel the legitimate right to protect its citizens from murder.

For the real story, as told by Israeli soldiers, go to the Facebook page #my_truth.

Dvir Abramovich is the Israel Kipen Lecturer and Director of Jewish Studies at The University of Melbourne. He is also Chair of the B’nai B’rith Anti-Defamation Commission.