WHEN Melbourne musical theatre star Josh Piterman took over the lead role of the Phantom in the long-running West End musical The Phantom of the Opera in September 2019, he thought all his dreams had come true.

The star of Australian musicals such as Beautiful – The Carole King Musical, West Side Story and Cats, Piterman had been selected by the legendary Andrew Lloyd Webber and Cameron Mackintosh for the role of the Phantom in a new production at London’s Her Majesty’s Theatre, where the original musical has played since 1986 when Michael Crawford starred in the role.

For eight shows a week, Piterman delighted audiences until COVID-19 took hold in Britain in March 2020, closing every theatre in the country – a situation that remains today.

Piterman returned to Melbourne last November after spending two weeks in hotel quarantine in Brisbane, and in late January received a phone call from Opera Australia (OA) artistic director Lyndon Terracini offering him the lead role in a new Australian production of The Phantom of the Opera opening at the Sydney Opera House in September. The Lloyd Webber- Mackintosh production will be staged by OA and the Really Useful Group. 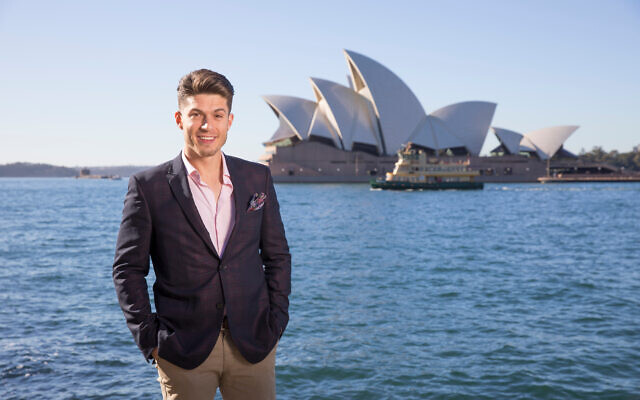 Josh Piterman at the Sydney Opera House, where a new version of The Phantom of the Opera will open later this year.

“I was thrilled; it was a surprise,” said Piterman, adding that he cried tears of joy after being offered the role.

“The role of the Phantom has been a lifelong dream of mine and donning the mask on the West End stage in such a legendary production was magical in every way.

“Experiencing the global effects of the pandemic, especially on the theatre industry over the past year, has been difficult for so many, which makes it an even bigger honour to now be able to play the Phantom at home, helping to resurrect our industry and bring people back to our theatres.

“I can’t wait to get on the Sydney Opera House stage and live this role again.”

Piterman recalled the rollercoaster ride of emotions through the pandemic.

“When COVID hit and Phantom of the Opera in London closed in March (2020), we thought everything would be back to normal very soon,” he said.

“But it quickly became clear that we would not perform for the rest of the week, and then it turned out to be four weeks, and then we thought we would return mid-year. In May or June we were told we would not be going back to the theatre.

“That was such a hard pill to swallow. It was an incredibly painful moment for me – I describe it as 15 years of a career climbing Everest, and I felt that I had been pushed off the edge and started falling. It was heartbreaking at the time.” 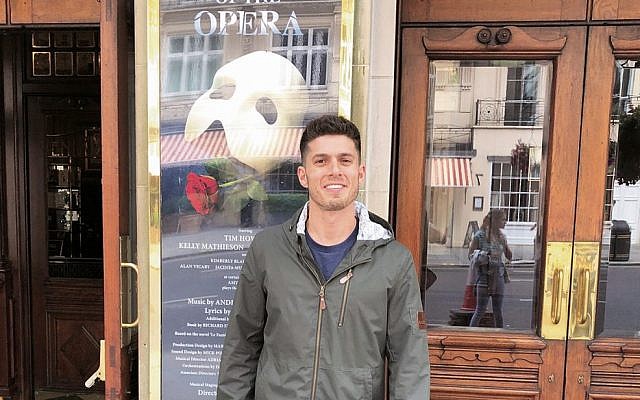 Josh Piterman outside London’s Her Majesty’s Theatre where The Phantom of the Opera has played for the past 33 years.

Piterman said he was fortunate that he had the support of his fiancee Charlotte, who was living with him in their London flat, and his family in Melbourne.

“They were great in keeping me grounded.”

After performing the lead role on the West End, Piterman didn’t have to go through the formal audition process with Mackintosh and Lloyd Webber for the upcoming Sydney production, unlike the rest of the cast which will be announced in coming months.

“It was tremendous performing Phantom on the West End,” said Piterman. “The Phantom is a very complex role to play with so many levels and layers to explore, and there has not been a more enjoyable role that I have done.

running show, but with a role like Phantom you couldn’t possibly get bored!

“Each night there’s a new audience of 1500 people who get to experience the magic of The Phantom of the Opera and they have been doing it for more than 30 years and still find it magical.”

The Phantom of the Opera has played to more than 140 million people in 35 countries. The musical is set around a disfigured musical genius who haunts the depths of the Paris Opera House and is mesmerised by a beautiful young soprano, Christine, and falls in love with her. 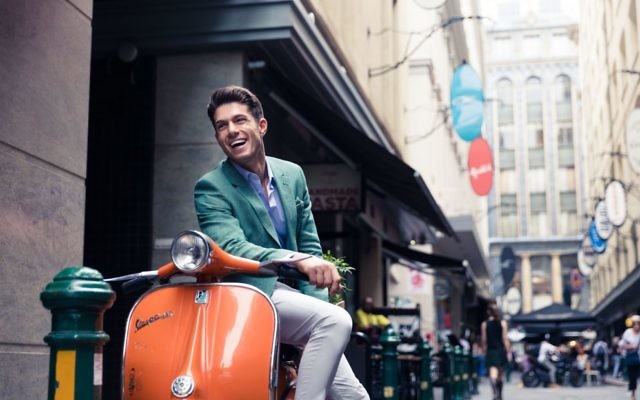 In the new version of the musical, which has toured Britain and the US, all of the music including spectacular numbers such as Music of the Night, All I Ask of You and Masquerade has been retained, but with reimagined staging and additional special effects.

“The new version is very visceral – I love what has been done with the opening sequence below the Paris Opera House and the famous chandelier scene,” said Piterman.

“Such an iconic show playing at an iconic venue such as the Sydney Opera House is a match made in heaven.

“I think people are desperate to get back to the theatre because we realise how imperative it is to the nature of our society.

“Hopefully by the time Phantom opens COVID will be behind us and I am the only one in the theatre wearing a mask!”

The Phantom of the Opera premieres at the Sydney Opera House in September. Bookings: au.thephantomoftheopera.com.