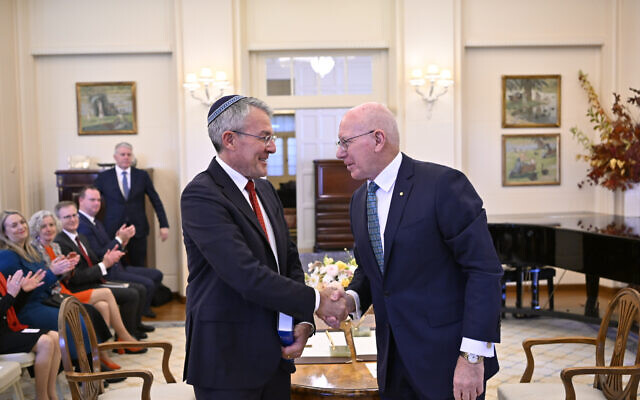 Mark Dreyfus was sworn in as Australia’s Attorney-General on Wednesday morning.

The Jewish MP for Isaacs previously served in the role under the Gillard and Rudd governments in 2013.

“It’s again a great honour, just as it was the first time,” he told The AJN on Wednesday, in his first interview since being announced in the role.

“I’ve always put an incredibly important value on the injunction of tikkun olam … And all of us in serving our country should seek to fulfil that objective.”

Wearing a kippah, Dreyfus was sworn in with a Tanach.

“I regard it as a wonderful thing and a physical reflection of the rich diversity of our Australian community,” he said.

He said his first priority as Attorney-General “is bringing legislation to set up a national anti-corruption commission to the Parliament, which we will do before the end of this year”.

Meanwhile, Josh Burns was finally declared the winner in the Melbourne seat of Macnamara on Monday night, more than a week after the election.

“I’m incredibly humbled and proud to be on track for another three years representing Macnamara, not least the Jewish community I’m proud to be a member of and a representative of,” Burns told The AJN.

“I’m also very excited to serve in an Albanese Labor government and to give our Jewish community and all the people of Macnamara a voice in the new government.”

Zionism Victoria president Yossi Goldfarb congratulated both Burns on his re-election and Dreyfus on his post.

“The swearing in of Mark Dreyfus as Attorney-General is a proud and historic moment for the Jewish community,” he said.

“Zionism Victoria notes Mark has always endorsed Israel’s right to defend itself when under fire, played a key role in the proscription of both Hamas and Hezbollah, and campaigned against race hatred and bigotry through his steadfast support of Section 18C.

“We are proud to have hosted him at a number of our events over the years, most recently at our rally for Israel in 2021 when he took to the stage – as he has done on previous occasions when the Jewish State was under fire – to publicly proclaim Israel’s right to protect its citizens from terrorism and rocket fire.” 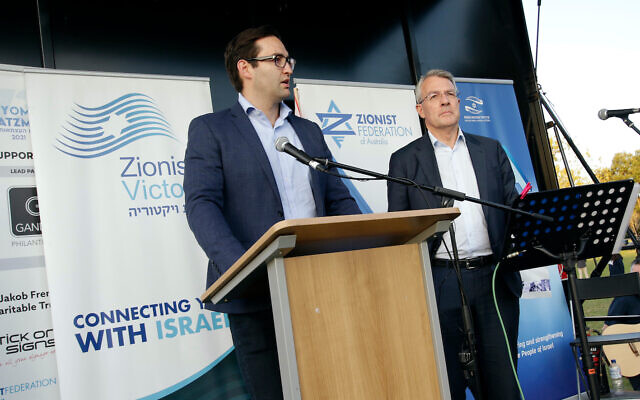