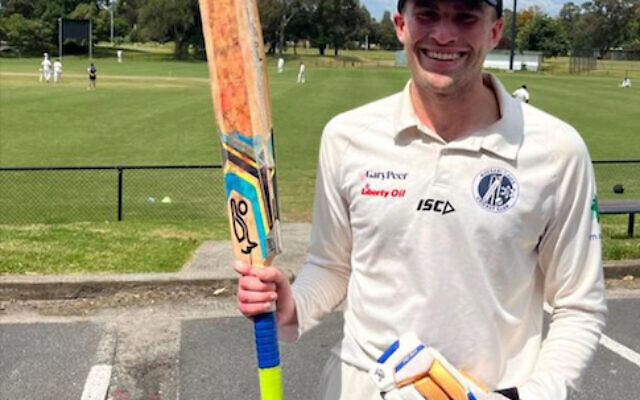 Maccabi-AJAX second XI batter Steve Lustig top-scored with 62 runs, and was named Man of the Match.

MACCABI-AJAX Cricket Club’s second XI had a comprehensive win over ladder leaders CUCC Kings in round 10 last Sunday, featuring a PB innings of 62 runs by man of the match Steve Lustig.

The win moved them off the bottom of the Mercantile Cricket Association’s men’s B south-east grade ladder, and within just two wins of fourth place.

In men’s A Sunday grade, after a recent winning streak, defending premiers Maccabi-AJAX (10/155) were defeated by the Indigos (8/161), but remain in the top four. 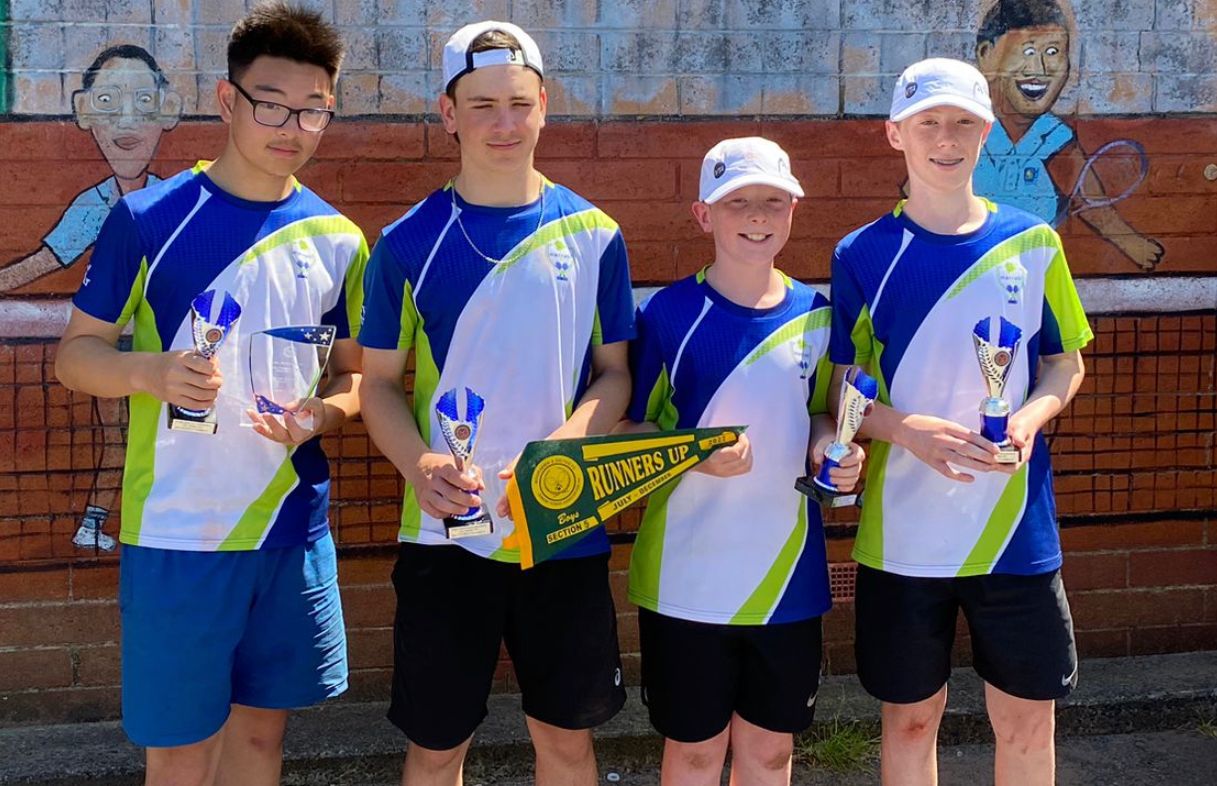 Their Section 3 team of Elan Amler, Blake Golden, Idan Elbaz and Adam Weisz lost to Kings Park by 19 games to 39.

It was a closer contest in the Section 5 grand final, with Maccabi’s team of (pictured, from left) Ryan Zheng, Yonatan Sirkis, Hugo Samuel, and Jeremy Samuel, edged by Glen Huntly by 26 games to 34.

Zheng received an award for winning the most number of matches this season in Section 5. 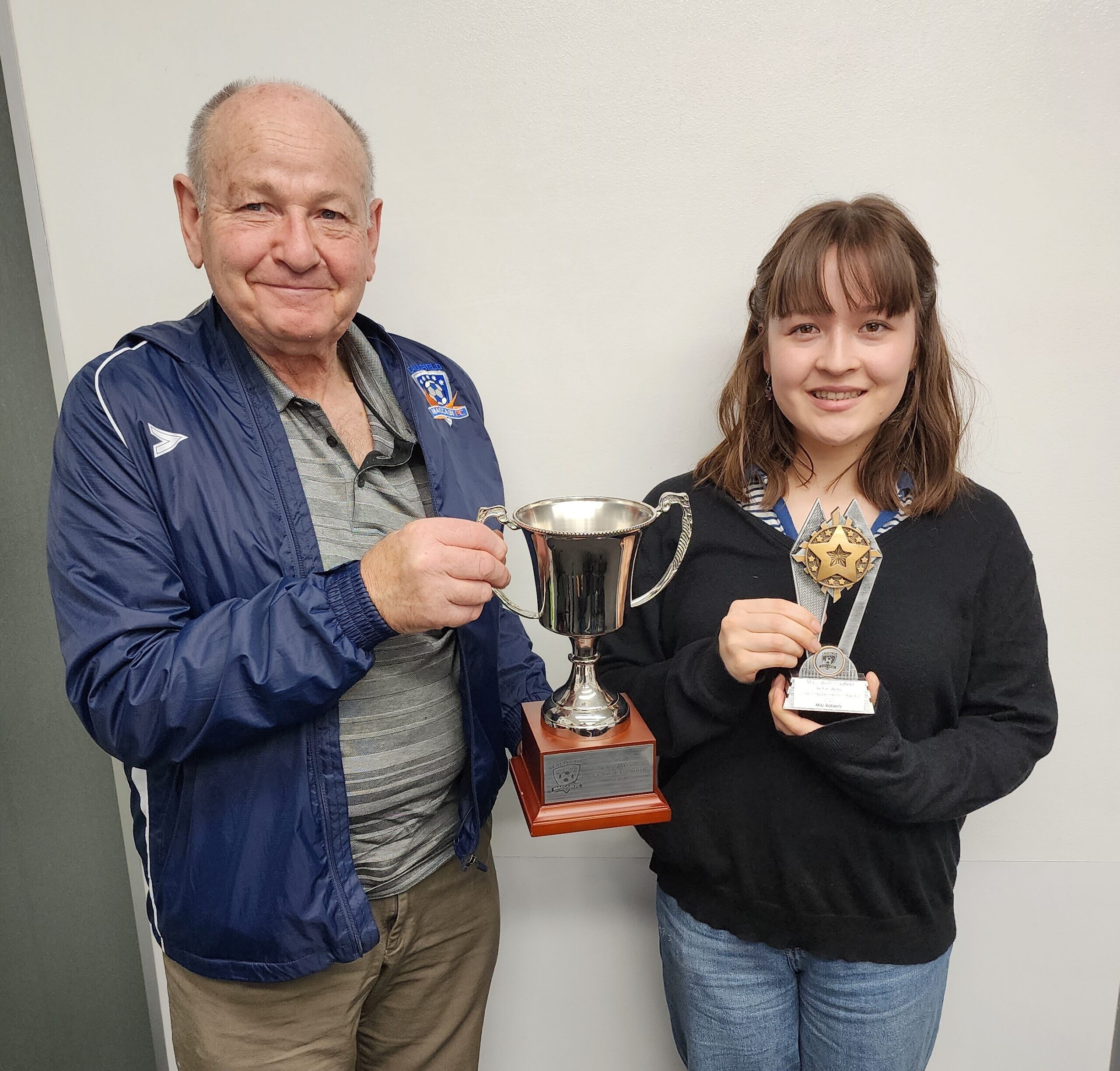 THE 2022 Maccabi FC Caulfield awards were presented at the club’s AGM last week, celebrating the efforts of players and teams, from juniors to women’s.

The U10 Rockets’ commitment and progress, and winning the Oblates Cup, saw them named best Mini Roos team; The U16 Colts, who won the local league in their division, won best boys’ team; and the U15 Kerr – some of whose members debuted in senior football – were named girls’ team of the year.

Miki Roberts, coach of the U10 Carpenter girls’ team, received the Bernie Weiss Coaching Excellence Award (she is pictured with Weiss).

Solid results achieved in round six

AT last Saturday’s sixth round of the Athletics Victoria Shield League, Maccabi’s Keira Donner and Mica Ickowicz both got PB times in their 800m races.

And Ben Blecher neared a new 400m PB, clocking 54.14 seconds, earning him an U16 boys’ qualifying time for the nationals.