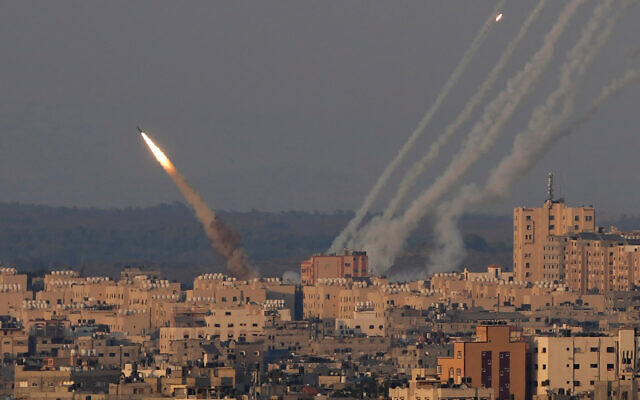 Despite the ceasefire between Israel and Gaza appearing to hold for the first hour, the IDF said it would keep special safety instructions in place for now for residents of areas near the Gaza Strip.

In an official statement, Israel confirmed it would halt fighting with the Islamic Jihad terror group in Gaza at 11:30 pm (6:30am AEST), but threatened that it will strike back “forcefully” should the ceasefire be broken.

The statement from the head of the Public Diplomacy Directorate, which is run out of Prime Minister Yair Lapid’s office, marked a sea change for Israel, which has never officially confirmed a ceasefire with Gaza terror groups before. Instead Israel has traditionally leaked confirmation via unnamed sources, to preserve the thin pretence that it did not negotiate with terrorists.

The statement thanked Egypt for its efforts in securing an end to the fighting after four days.

“Should the ceasefire be broken, Israel reserves the right to respond forcefully,” the statement read. “We will not allow any party to disturb the daily lives of residents of Israel.”

A UN envoy said the world body had been “intensively engaged” in helping Israel and Islamic Jihad reach the Egypt-brokered ceasefire. As part of the ceasefire negotiations, UN Special Coordinator for the Middle East Peace Process Tor Wennesland agreed that a UN team will visit both PIJ prisoners Bassam al-Saadi and the hunger striking Khalil al-Awawda, a senior Middle East diplomat told The Times of Israel.

“We underscore our commitment to do all we can towards ending the ongoing escalation, ensuring the safety and security of the civilian population, and following-up on the Palestinian prisoners file,” Wennesland said in a statement. “I will continue to work with all relevant parties to de-escalate the situation urgently.”

The last moments ahead of the ceasefire saw heavy rocket barrages and Israeli strikes on Gaza.

Rocket sirens continued to ring in southern Israeli towns less than 10 minutes before the ceasefire was set to begin. Eyewitnesses say they saw numerous interceptions by the Iron Dome air defence system in the area.