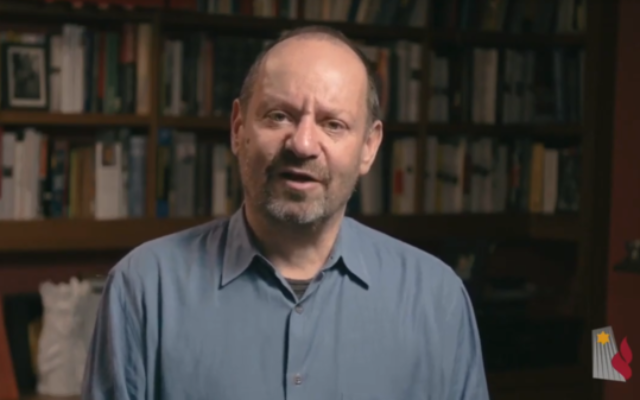 Addressing the Jewish Holocaust Centre (JHC) online event from London, Sands retraced his 2010 visit to Lviv in Ukraine where he explored the life of his maternal grandfather Leon Buchholz who perished in the Shoah.

Researching his book East West Street, Sands also probed two legal trailblazers from that city – Hersch Lauterpacht, a professor of international law who would introduce the legal construct of “crimes against humanity” at the Nuremberg Trials; and Raphael Lemkin, a prosecutor who was behind moves to introduce the crime of “genocide” at these trials.

Hans Frank, Adolf Hitler’s legal adviser, who became governor-general of occupied Poland and oversaw the deportation and murder of Polish Jews, was executed after the Nuremberg Trials. Sands’ research led him into an unlikely friendship with Frank’s son Niklas, a journalist, who despised his father.

“It’s a remarkable thing to imagine that the son of a man hanged at Nuremberg exactly 75 years ago for the greatest crimes imaginable should become the friend of the grandson of one of his father’s victims,” said Sands.

In 2012, Niklas Frank introduced Sands to Horst Waechter, son of Otto Waechter, the Nazi governor of Lviv, who enforced the Final Solution there. With documents from Waechter’s son, Sands’ book The Ratline described the senior Waechter’s efforts to flee his hiding place in Austria for Argentina. Sands said he was deeply disturbed by how individuals sank into evil. “And that is an issue for our day. That question has not gone away.”

On Kristallnacht, November 9-10, 1938, Jewish homes, schools, shules, businesses and hospitals in Germany, Austria and the Sudetenland were ransacked, around 100 Jews murdered and 30,000 Jewish men were transported to concentration camps.

The late Shmuel Rosenkranz, a JHC president, witnessed the fires of Kristallnacht in Vienna from the nearby woods where he fled with his father, and up close when they returned to the city. Following the death of Shmuel’s wife Betty in 2005, the couple were recognised with the annual oration.

Speaking at the event, granddaughter Terri Lazarus reflected that her baby Isaac, named after her Uncle Itzhak who perished as a child at Auschwitz, “will likely never have the opportunity to really understand what happened during the Holocaust from those who experienced it first-hand. He will never hear his great-zaida Shmuel tell of his story in escaping into the woods outside Vienna on Kristallnacht.”