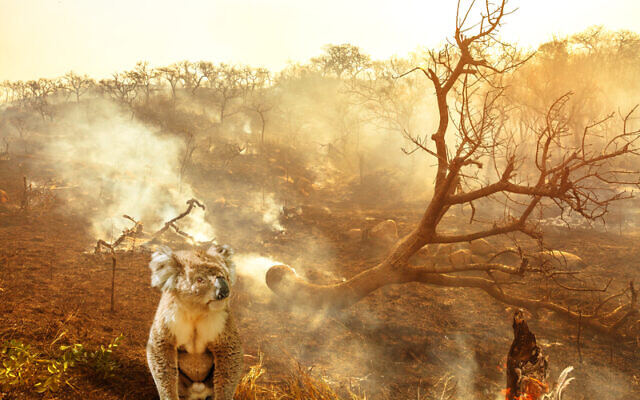 Environment Minister Tanya Plibersek with the State of the Environment report at the National Press Club in Canberra on Tuesday. Photo: AAP Image/Mick Tsikas

THE leading Jewish environment advocacy group has voiced its alarm at a landmark report on the state of Australia’s environment released this week.

The State of the Environment report has found Australia has lost more mammal species than any other continent and has one of the steepest rates of species reduction in the Western world.

According to the report, Australia’s ecosystems have significantly declined in the past half-decade, succumbing to the ravages of climate change, loss of rare habitat, invasive species, mining and pollution. Nineteen ecosystems were found to be in collapse or near-collapse.

“Our Jewish tradition teaches of our responsibility to be stewards of our natural environment … It’s time for our community to listen and to act.” – Michal Levy and Dr Sharon Marjenberg, co-chairs of the Jewish Sustainability Initiative (JewSI)

The report, authored by Dr Ian Cresswell, a CSIRO environmental scientist, Dr Terri Janke, an Indigenous lawyer, and Professor Emma Johnston, a deputy vice-chancellor for research at the University of Sydney, was completed last year but not released by the previous federal government.

Launched on Tuesday by Tanya Plibersek, the Environment and Water Minister pledged environmental issues are “back on the priority list” under the Albanese government. 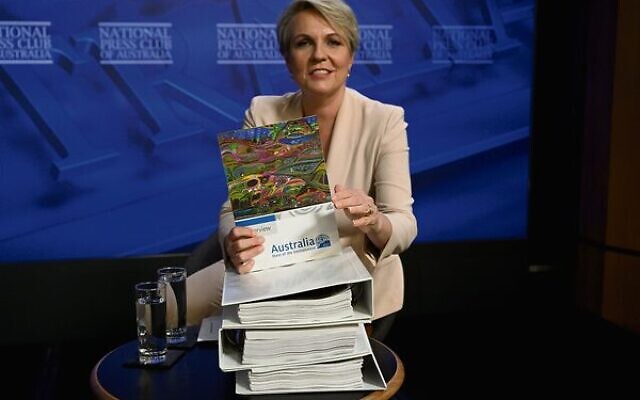 Environment Minister Tanya Plibersek with the State of the Environment report at the National Press Club in Canberra on Tuesday. Photo: AAP Image/Mick Tsikas

“Jewish tradition has always known this. The final book of the Torah forbids the Israelites from cutting down any fruit trees when they besiege a city. The ancient commentators explain that this is because human life itself depends on trees, entirely vulnerable to our wars and ambitions.

“Nature is at the heart of our most cherished experiences; our livelihoods, our weekend trips and holidays, the Jewish traditions we love, the adventures we have with our kids and grandkids, the places we escape to for replenishment. Without ‘natural capital’, no other capital matters,” he reflected.

Noting that the report strongly urges immediate action to reduce carbon emissions, Lazar said, “This can’t happen by itself. It invites us all to consider what levers we have at our disposal – in our families, organisations, businesses or political spheres – to take responsibility for reversing the current trajectory. I have great faith in our community’s ability to answer that call.”

Describing the report as “nothing short of alarming”, Michal Levy and Dr Sharon Marjenberg, co-chairs of Sydney Jewish climate group the Jewish Sustainability Initiative (JewSI), stated, “Our Jewish tradition teaches of our responsibility to be stewards of our natural environment … It’s time for our community to listen and to act.”