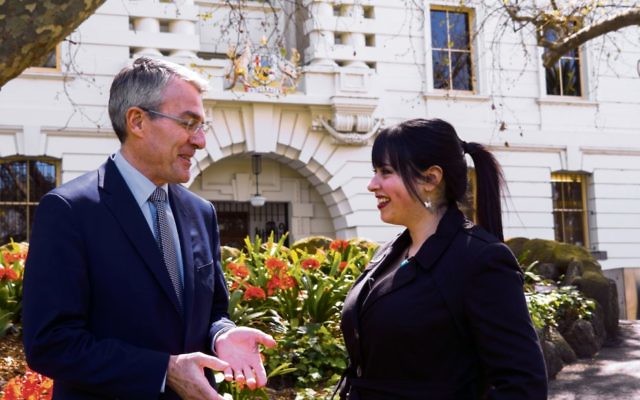 Assisted by senior members of the Adass community, Leifer fled to Israel in 2008 amid accusations she had abused students at the school. She has remained there ever since.

Last year, an Israeli judge ruled she is too mentally unstable to face extradition proceedings relating to 74 counts of alleged abuse, but she was not hospitalised and her movements are unrestricted.

“I’m feeling positive and I’m encouraged that the campaign has reached the highest level of government,” Erlich told The AJN.

“The campaign is getting traction and I’ll be asking the Prime Minister to raise the issue with the Israeli government when he is there later this year.”

Erlich said that the Executive Council of Australian Jewry (ECAJ) was pivotal in setting up the meeting.

ECAJ wrote to Turnbull earlier this month noting it was a matter of concern to the entire Jewish community that Leifer is at large in Israel, and children with whom she may come in contact remain at risk.

They also noted the frustration with the continuing delay in bringing Leifer to face serious criminal charges in Australia.

Requesting the meeting between Erlich and the PM, ECAJ asked Turnbull to raise Leifer’s extradition matter with Israeli Prime Minister Benjamin Netanyahu during his visit there next month.

Earlier this week, Erlich met with shadow attorney-general Mark Dreyfus to discuss what he, and the Labor Party, can do to help bring back Leifer.

“It was a very productive meeting and he said that he was committed to doing what he can to help me,” Erlich said.

Dreyfus, who will also be in Israel at the end of October for the Battle of Beersheba Centenary commemorations, told The AJN he’s fully behind Erlich.

“I found her very impressive and it’s excellent that she is mounting this campaign,” Dreyfus said.

“What we have here is charges laid by Victoria Police and a formal request for extradition for her to face those charges, which has gone nowhere, and that ought to be of concern to every Australian.

“I intend to raise this with representatives of the Israeli government.”

“He was very receptive,” Erlich said. “He was very aware of the issue and kept saying that he raises the issue with every Israeli politician that visits Australia.”