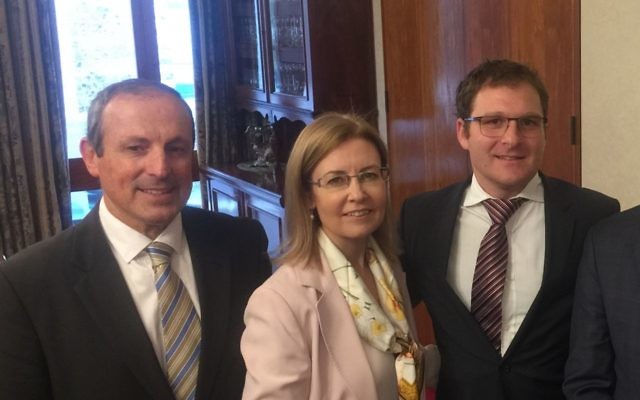 SIX ethnic organisations have added their voices to the call by the NSW Jewish Board of Deputies (JBOD) for the state’s race-vilification legislation to be strengthened.

JBOD president Jeremy Spinak and CEO Vic Alhadeff have had a number of recent meetings with Attorney-General Gabrielle Upton aimed at progressing the need to amend Section 20D of the NSW Anti-Discrimination Act.

It comes in the wake of the decision by the NSW Police not to take legal action against Hizb ut-Tahrir spiritual leader Ismail al-Wahwah, who last year described Jews as “the most evil creature of Allah” in a public speech and threatened that “the ember of jihad against the Jews will continue to burn … an eye for an eye, blood for blood, destruction for destruction”.

Alhadeff told The AJN: “The state government is keen to improve the legislative process and is working towards reform.

“The Attorney-General has been receptive to our views and supportive of the community’s concerns. Consultation is continuing, and we look forward to a positive outcome that will benefit the entire state of New South Wales.”

The six groups that have come on board include Greek, Chinese, Assyrian, Indian and Sikh organisations, and a group representing about 15 ethnic communities.

The decision not to prosecute al-Wahwah also prompted a call from NSW Anti-Discrimination Board president Stepan Kerkyasharian for the state’s race hate legislation – under which there has never been a prosecution – to be reviewed.

Reverend Fred Nile MLC recently put questions in the Upper House, calling on the government to take action on the issue.

Duncan Gay, Leader of the Government in the Legislative Council, responded that he found the anti-Semitic remarks “not acceptable to any member of this House” and undertook to raise the issue with Premier Mike Baird.

Rajesh Sharma, publisher of Indus Age, has added his support to the call.