Rogue Rubin grew up opposite an animal sanctuary in South Africa. But this didn’t influence her love of animals. Despite waving to ostriches as she crossed the street, Rubin believes her deep love and affection for animals was always in her bones.

“I just think that your love of animals is instinctual, I really do,” she said. Rubin became a vegetarian at the age of four when someone told her where meat comes from.

“That’s when I think things started to click in my brain, but I also have a huge overwhelming compassion and concern for animals, and humans, who are disadvantaged and don’t have a voice.”

It’s this empathy that has driven her to create her latest film, Lion Spy, which has just opened in Australian cinemas.

“There are a lot of films on elephants and rhinos going extinct. But, what about the lion?” she said.

“I grew up indoctrinated with the symbol of the lion. And that’s what the film is about. I just want to answer the one question which is: why do we not know that lions in the wild are going extinct?”

“It’s like running a relay race. I’ve run the first leg, and I’m passing the baton on.”

Rubin – who has worked with documentary filmmaker Morgan Spurlock and director James Marsh and has directed a NFL commercial as well as directing actor Jon Hamm – found herself heavily invested in the plight of the lion.

She wanted to do everything in her power to protect the species.

But it wasn’t easy, and there were plenty of moments along the way when she was terrified. The original idea for Lion Spy was a trailer to be used to raise money for conservation efforts.

Unfortunately, Rubin said, she “discovered the con in conservation”, becoming more disillusioned as she dived into her research, meeting people who believed that hunting lions helped conserve them as the fees which many trophy hunters paid supposedly contributed to the maintenance of the protected areas.

In a final straw to figure out a way to save the lions, Rubin found herself on a bus from Cape Town, where she said, she stood out like a sore thumb. During the drive, Rubin remembers stopping so everyone could say the Lord’s Prayer, which for the Jewish woman from Melbourne seemed a bit strange. “I was thinking, why do I need to pray right now? What have I gotten myself into? What exactly is going to happen?”

Rubin arrived safely and met with Chris Mercer, who runs the Campaign Against Canned Lion Hunting.

“He illuminated the subject for me in a tangible and clear manner. I finally understood the issue,” she said.

Rubin explained that lion trophy hunters are not the biggest issues to lions. The first is overpopulation, the second is bushmeat trade, the third is the lion bone trade and only then the trophy hunters.

“The problem is that trophy hunters have so much money and so much power that they are ensuring that you don’t know lions are endangered,” said Rubin.

“If you don’t know they’re endangered, you can’t do anything to conserve them.”

Rubin created an alias for herself to go undercover on hunts so she could better understand what was going – an identity that fitted the mould of the stereotypical trophy-hunting devotee. This included an online presence with social media pages. Soon she had made a name for herself in the world of filming and photographing hunts. 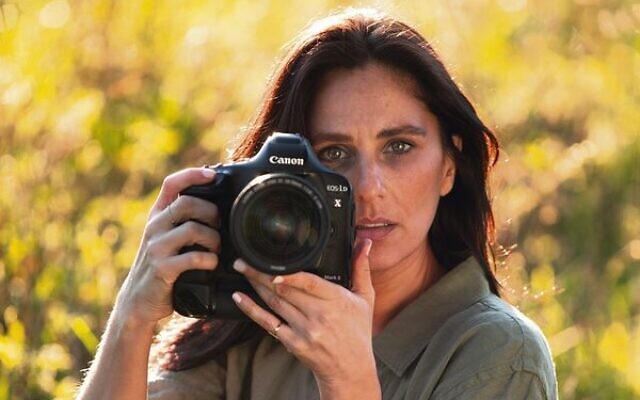 Rubin admitted that she was frightened, but knew what she was doing was important. After all, there are only 20,000 lions left in the wild and with payments of up to $140,000 by trophy hunters, you can understand the financial motivation behind the hunts.

Still, she said she has been overwhelmed by the attention, having not foreshadowed the reaction the documentary would generate.

“People either want to vilify you or raise you up, and all I want to do is tell the world the lions are going extinct and let’s save them,” she said.

For Rubin, getting this done is simple.

“If each person skips a cup of coffee a year – not a day, not a month, a year – and we contribute that money to a legitimate cause, we could save the lions,” she explained.

“The most iconic animal in the world deserves to continue its existence. Already, on our watch, the rhinos are going extinct. Do we really want the lions to be next?”

If the filmmaker’s job is to educate, it’s the viewer’s job to act.

“It’s like running a relay race. I’ve run the first leg, and I’m passing the baton on.”