Gagman is scattered with comedian’s notes. The first one opens with the lines: “You think you’re a tough audience? I’ve died more times than you’ve belched …”

It’s these words that set the tone for the book, a Holocaust story with a difference and its certainly not the kind of book one would associate with a political and satirical cartoonist. Yet, it is written and illustrated by acclaimed South African cartoonist Dov Fedler along with his daughter Joanne.

While Dov and his family were safe in South Africa, they were not immune from the horrors of the Holocaust, with many family members being murdered.

Dov says that while his parents certainly suffered, he lost himself in the world of comics.

“Mine was the fantasy world of superheroes and Walt Disney,” he wrote. “As a Jew, there is no escaping the Holocaust. It is our constant ghost. It dogs our heels. It has haunted my entire career.”

While he tried to turn Gagman into a graphic novel, it wasn’t meant to be. Until his daughter, an internationally bestselling author in her own right, and long-time friend Lewis Levin, the architect of the Johannesburg Holocaust and Genocide Museum, helped resurrect it.

“He’s a brilliant artist and cartoonist,” Joanne told The AJN. “My dad has been writing this book for 35 years. It’s part of the narrative of my life.”

To preserve the story, Joanne took the hundreds of pages and dozens of drafts, and crafted them into what Gagman is today, a confronting and haunting book that looks at what people do to live.

Gagman tells the story of a prisoner in a concentration camp who discovers his superpower – he can make the commandant laugh. It’s the only way he’ll survive hell.

Taking the drafts and weaving them into a story, Joanne coached her father in how to best make it work. 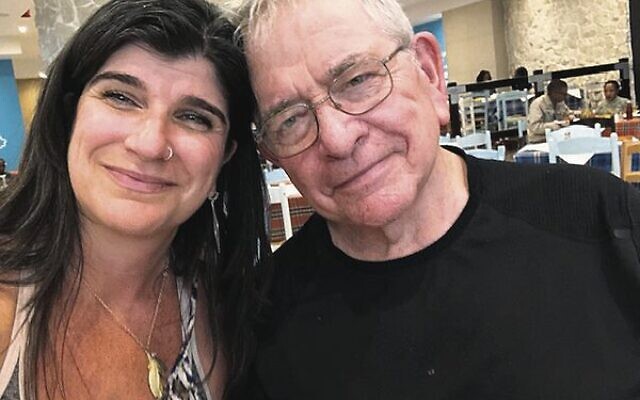 Joanne Fedler and her father Dov.

“He gave me complete free reign to write,” she explained. “It’s all his original work but then I would say to him, ‘I need a little bit of this from you’ or ‘this needs a female character’. I pulled the threads together.”

Joanne said that the process, which all happened while her mum was ill, served as a good distraction for her father.

While her mum didn’t see the finished product, she read the draft, and that’s something both Joanne and Dov are grateful for.

On his 82nd birthday, Dov held the book in his hands for the first time. Joanne believes it was the book her father was always meant to create. It also had a profound impact on Joanne. 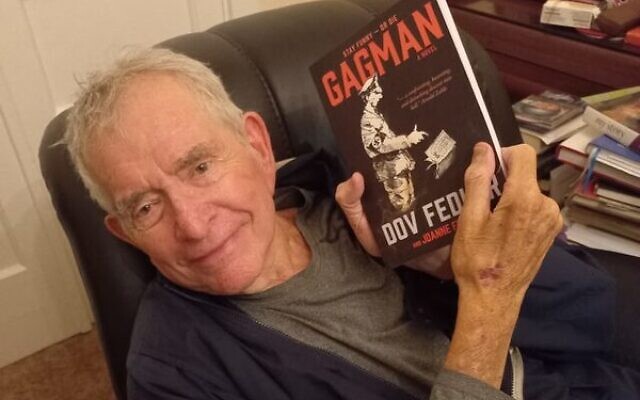 Dov Fedler holding Gagman in his hands for the first time.

“It felt for me like this was a calling, that I was tasked with it,” she said. “Out of all the books I’ve written, and I’ve written around 13 of my own, there was no feeling like the one I had when we crossed this line and I said to my dad, ‘it’s done’.”

For Joanne and Dov, the book can now go out into the world and be used to teach people about the Holocaust.

While some may call it controversial – humour and the Holocaust aren’t necessarily two words you see next to each other – Joanne says she’s glad it will generate conversations.

“My dad never really censored himself,” she explained. “As a cartoonist, and someone who has spent his whole life creating cartoons that make you laugh, often that laugh is uncomfortable. He did a lot of anti-apartheid comics, so the laughter is a way of breaking the tension with something. And I think this book travels very close to an edge that some people will absolutely say shouldn’t even be approached.

While it’s a story and imagery straight from Dov’s imagination, Joanne points out that it’s a story that is very familiar to many.

“There are so many stories of people who were forced to dance or perform for the bored Nazis. And maybe this is a way in for people to go and look at how Jews survived. What this book raises is that so many people who survived, did so in a way that compromised their souls, because what they had to do to survive destroyed them.”

As Joanne writes in her afterword, “may it [Gagman] continue to create ripples of laughter in the pain of our remembering”.

And as the book asks, can you laugh at the Gagman’s jokes?

Gagman is published by Brio Books, $29.99 RRP.
Joanne Fedler will be in conversation with Suzanne Leal at the launch of Gagman at the Sydney Jewish Museum on Tuesday, May 10 at 6pm. Book tickets