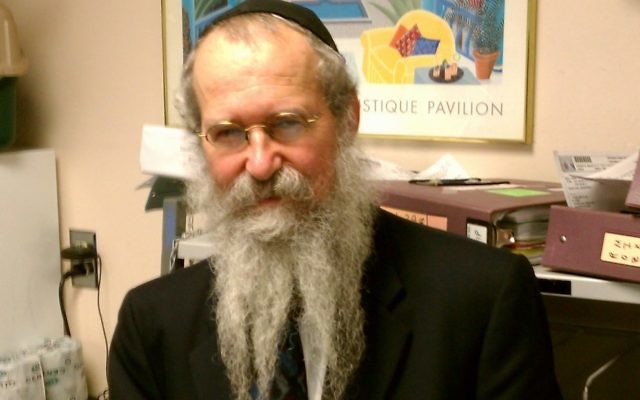 A PSYCHIATRIST who is due to be called as an expert witness by Malka Leifer’s defence team has previously stated that the former principal of Melbourne’s Adass Israel school “never committed the crimes” and that that she was being pursued by a “lynch mob”.

Dr Brian Trappler of New York, who gave evidence in 2015 that Leifer was not fit to face extradition proceedings, is scheduled to testify on Wednesday night (Australian time).

Noting that he was being called by the defence, it is expected that he would once again testify in Leifer’s favour.

But in 2017, while petitions were being organised in an attempt to force the Israeli government to pursue Leifer, Trappler publicly pronounced her innocence.

“She never committed the crimes she was accused of,”he posted on Facebook.

When asked how he knew she was innocent, one of his responses was that those calling for her extradition didn’t look frum.

“Just looking at their pictures and listening to their comments should give you an idea that this is not a Heimeshe or Chareidi crowd,” he wrote.

President of the Australian Jewish Medical Federation Dr Miriam Kuttner, who was the first person to officially raise questions about the integrity of some of those involved with Leifer’s defence, said his declaration of Leifer’s innocence is unheard of.

“It is ridiculous for a psychiatrist to make that statement,” Dr Kuttner said.”An Australian Court is pursuing her for justice similar to Cardinal Pell.”

A spokesperson for victims’ advocacy group Jewish Community Watch concurred telling The AJN, “It is extremely discouraging that an individual has been invited to offer objective medical testimony when his own publicly stated opinions of the case are anything but.”

“I suggest that before the lynch-mob commits the ultimate crime of Mesira (reporting someone to secular authorities) they pause to realize that this case is not what you’ve been told.”

However Australian rabbinic authorities, and others across the world, disagree with Trappler.