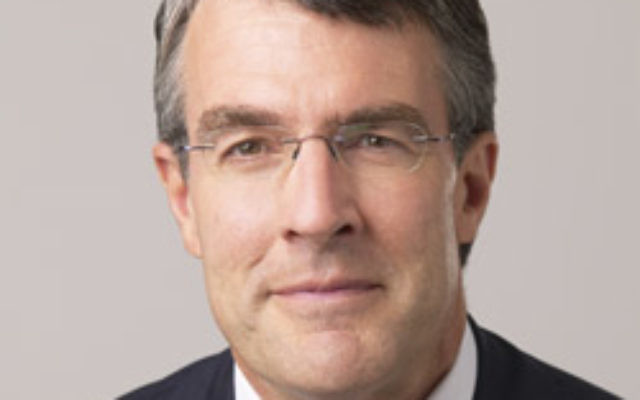 VOTERS in the Melbourne seat of Isaacs are being urged not to vote for ALP candidate Mark Dreyfus due to his support for Israel.

Meanwhile, Australian Muslim Palestine Committee president Asem Judeh wrote this month in Muslim newspaper The Crescent Times, “It is well known that the Israeli state has sponsored murderous and terrorist acts, and that it has systematically deprived Palestinians of their land and basic rights.

“One reason the Israeli lobby is so organised and aggressive is because it has to ensure that Israel is above criticism.”

Judeh then continued, “The Zionist influence is growing. There are two Zionist Jews [sic] Labor MPs, Michael Danby and Mark Dreyfus. After this election, another Australian Jew will become Liberal MP.

Dreyfus, who is Jewish and represents a very multicultural community that includes many Muslim families, condemned the campaign.

“These ads taken out against me are misleading and an affront to how parliamentary democracy is practised in this country,” the QC said. “I am confident that the local community recognises this hate campaign for what it is, and will reject a campaign that prejudges me for my religious faith, not on my record of working for my local community.

“No Australian, politician or otherwise, should be prejudged or vilified for their religious belief.”

Dreyfus added that he has worked hard with the Muslim community and appreciated the support he had received in return.

“The response from local Muslim community leaders has been heartfelt and touching,” he said.

Muslim politician Adem Somyurek, a member in Victoria’s Upper House, also threw his support behind Dreyfus, drawing parallels between the campaign and anti-Muslim comments made by disendorsed Liberal candidate for Chifley, David Barker.

“This advertisement … does two things: first, it seeks to question the candidate’s loyalty to Australia; and second, it publicly identifies the candidate as a member of a minority faith and in doing so has as its objective electoral backlash by bigots, in this case anti-Semites in the community,” he said.