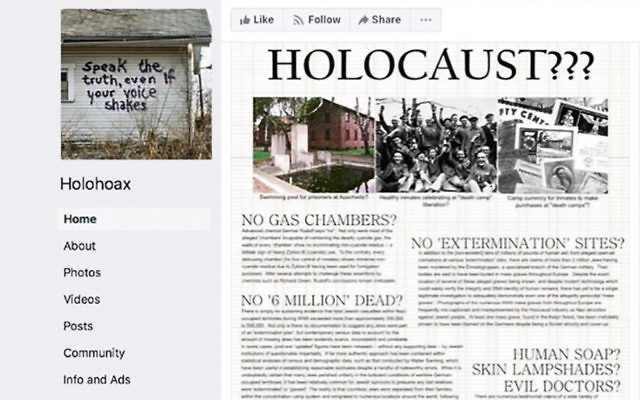 IT was back on October 16, 2008, when I gave advice a to Jewish activist about to be interviewed by a German newspaper on the topic of anti-Semitism in social media.

“In Germany you have the added advantage that Holocaust denial is a criminal offence … what the Holocaust deniers do is illegal and threatens to ignite hatred that could lead to violence in the short term and in the longer term could make things like the neo-Nazi movement more acceptable to society. The last thing Germany needs is a new generation of youth being brainwashed to support hate and racism.”

The activist took that advice and in an ideal world Facebook would have recognised the need to remove Holocaust denial, at least in those countries where it was illegal, and possibly from the platform as a whole on general principles.

After all, Facebook’s own terms of service at that time said users had to abide by the law of the country they were in.

Facebook, a young private start-up company with around 50 million users chose another path. They updated their terms of service claiming they were simplifying them, and in the process, they dropped the requirement for users to comply with local law. They also gave a range of different reasons why removing Holocaust denial content might be a bad idea.

It was Randi Zuckerberg, Mark’s sister and Facebook’s marketing director and spokesperson, who stated clearly in 2009 that it was “Facebook’s policy to not remove groups that deny the Holocaust”.

In 2011, when I co-chaired a meeting of internet experts for the Global Forum for Combating Antisemitism on behalf of the Israeli government, we asked a senior Facebook representative to explain the company’s position.

This position was further clarified in an exchange of letters which were later made public in a report to the 2013 Global Forum.

The reasons Facebook gave in 2011 are the same reasons Mark Zuckerberg has been giving this past week when the issue again raised its head.

In the letter, Facebook stated, “We find Holocaust denial to be repugnant and ignorant” but went on to say their policy was to only “prohibit direct statements of hate and clear threats of violence against specific people or groups of people”.

Then came the line Facebook has stuck to ever since: “we have come to the conclusion that the mere statement of denying the Holocaust is not a violation of our policies. We recognise people’s right to be factually wrong about historical events.”

That was then, and this is now. Today Facebook is a publicly listed company with 2.2 billion active users. Through Facebook democracy itself can be undermined, as we’ve seen in the 2016 US presidential election.

The privacy of millions of individuals can be seriously compromised, as we’ve seen in the Facebook/Cambridge Analytica scandal. Hate groups can be super charged, as we’ve seen with the Alt-Right on both Facebook and Twitter.

Even terrorists like Daesh (Islamic State) have made great use of Facebook. Facebook has acknowledged these problems is working to improve, even as it digs its heels in on Holocaust denial.

The impact of Facebook’s technology on society is huge. The last time a technology company had such potential for harm was back in Nazi Germany when IBM computers were a part of all six stages of the Holocaust.

As Edwin Black has revealed, they helped find the Jews by processing the census, they helped the trains run on time so no Jew would be late for their murder, the numbers tattooed on victims’ arms started as an IBM identification number so each individual could be tracked as they were processed through the industrial killing machine.

Today, however, is not the 1940s. It isn’t even the early years of the wild west of Web 2.0. The culture of move fast and break things is no longer acceptable to society, too much has already been broken.

I was proud to be in the room in Bucharest in May 2016 when the International Holocaust Remembrance Alliance, an intergovernmental organisation unanimously passed the IHRA Working Definition of Antisemitism.

The decision saw the 31 countries, 24 of them from within the European Union, agree to text which included an explicit example of Holocaust denial as a form of anti-Semitism.

I was there with our Ambassador and head of delegation, proud to see the achievement and frustrated that Australia couldn’t be a part of that decision as we were only observers and not full voting members in IHRA.

Since then the definition has been endorsed around the world. The United States adopted the IHRA Working Definition and noted it has in fact been using a similar definition already for a number of years.

Last year, the European Parliament passed a resolution calling on all member states and European Union institutions and agencies to adopt the definition.

The spectre of government regulation is rapidly catching up to Facebook and if Facebook doesn’t revise its outdated policy on Holocaust denial, regulators will inevitably change it for them.

That will leave Facebook and the Zuckerbergs not just stuck in the past, but on the wrong side of history.

DR ANDRE OBOLER is CEO of the Online Hate Prevention Institute, a lecturer at La Trobe University’s Law School and a member of the Australian Government’s delegation to the International Holocaust Remembrance Alliance. 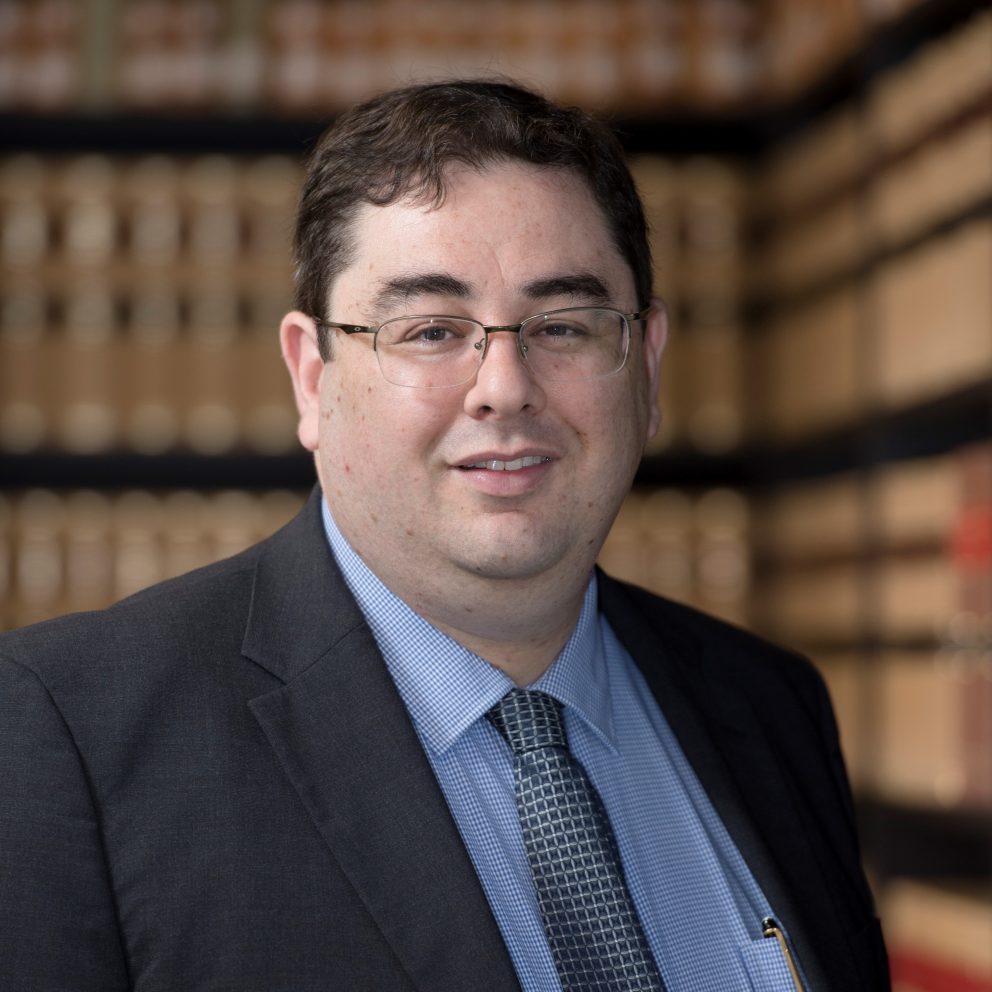