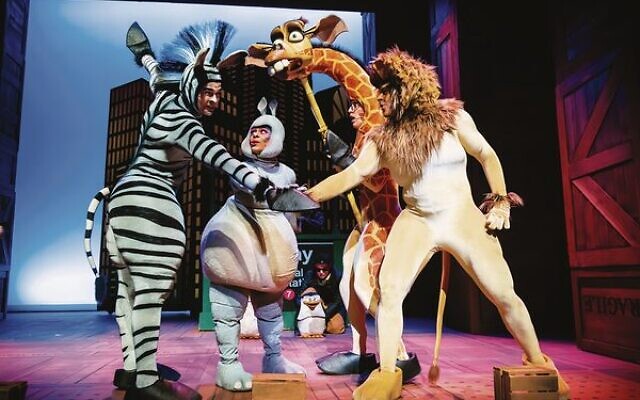 Alex the lion, Gloria the hippo, Marty the zebra and Melman the giraffe lived their entire lives at the zoo and Marty just wants a bit of adventure. He soon finds it when an escape plan goes awry, leaving the four best friends shipwrecked in Madagascar.

The original film had an all-star Jewish cast featuring Ben Stiller as Alex – the “king of New York” – the lion, David Schwimmer as Melman the giraffe, Sacha Baron Cohen as King Julien XIII, head of the lemurs who are native to the island, and even an off-screen unspecified zoo animal cameo by Bob Saget.

While originally Madagascar received mixed reviews from critics, it was a success at the box office, and became the sixth highest-grossing film of 2005, launching the Madagascar franchise.

With such high demand, it’s no wonder that the franchise has also made it to live shows, and even a musical, which brings the animals out of the zoo and onto the stage.

Adapted from the movie, Madagascar the Musical is sure to be a big hit with all ages and features the best of the best characters, including the mischievous penguins and raving lemurs.

The cast includes recording artist and former Titanium boyband member Andrew Papas in the role of Alex the lion, former Hi-5 member Joe Kalou as Marty the zebra, triple threat Moniquewa Williams as Gloria the hippo, Devon Neiman in the role of Melman the giraffe and Jonathan Martin, best known in Australia for his various roles on the Pop Up Globe stage, as everyone’s favourite lemur King Julien. 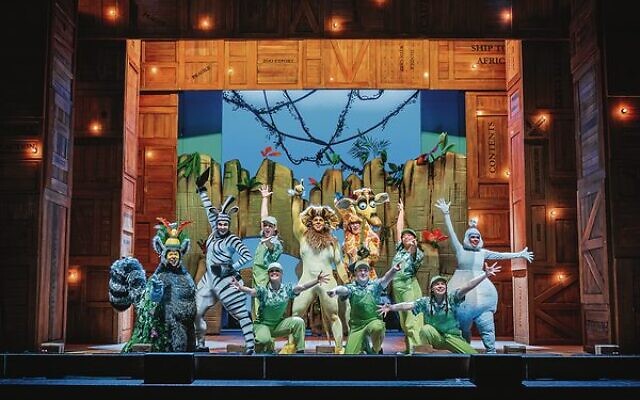 For Kalou, it was an opportunity he simply couldn’t pass up.

“[The movie] was awesome, because Marty didn’t want to be in the zoo, he wanted to follow his own dreams, and it was so fun once he got there, I just really loved it,” he told Western Weekender, going on to explain that the role of Marty fits him to a T.

“Marty is voiced by Chris Rock in the film. I grew up loving Chris Rock – being a person of colour in Australia I identified with him that way,” he said.

“The beautiful thing is that Alex the lion is the star of the zoo, but even though Marty’s not the star, it’s not from a jealous place that he wants more. He just wanted to follow his dreams, and he did it.”

In a big coup for Western Sydney, the Australian premiere will be taking to the Sydney Coliseum Theatre stage in December.

“Madagascar the Musical will be a major drawcard for local and visiting theatregoers to Western Sydney, while also building on the region’s growing reputation as a dynamic hub for the arts and major cultural events,” Minister for Tourism and the Arts Ben Franklin said.

It’s sure to get audiences up on their feet to “move it, move it”.

Madagascar the Musical is showing at the Sydney Coliseum Theatre from December 16 – January 1. Tickets: madagascarthemusical.com.au