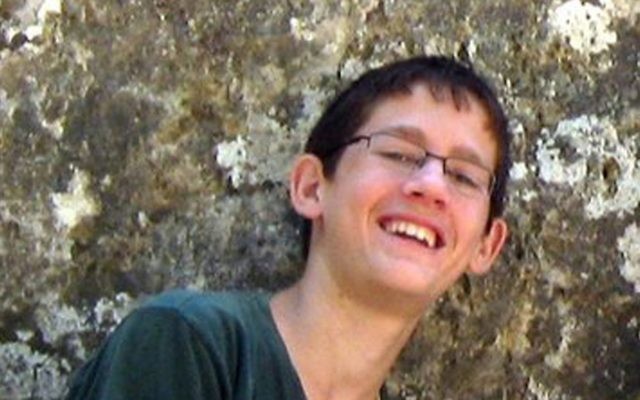 MURDERED Israeli teenager Naftali Frenkel was “a great kid that loved everyone and was loved by everyone”, according to Bnei Akiva shlichah Eidit Wolf.

Wolf, who spoke movingly at Bnei Akiva’s memorial prayer service at Bondi Mizrachi Synagogue on Tuesday, knew Naftali through being a student of his mother Racheli.

Speaking to The AJN, she described him as an amazing person.

“He was really friendly. He was a really, really good boy,” she said. “He was a loving brother, he had a great connection to his family. I know he loved basketball and he loved playing music.”

Wolf said she was in shock when she heard about the kidnapping. “I didn’t know how to react,” she said. “I stood there every day at the same bus stop, so I know the place well and I always think it’s the safest place in the world. And then when I heard that it’s my teacher’s son I just didn’t know what to do.”

She said she kept praying for good news. “Every day I was checking the news to see if there was something new. I tried to pray as much as I can, I talked to people and I was sure that everything was going to be okay.”

She said she kept in contact with Racheli Frenkel throughout the ordeal.

“I sent her a lot of emails explaining what we’re doing and [that] we’re thinking about her all the time,” she said. “I was surprised that she had the time to think and to reply, and she answered and she’s amazing.”

Wolf said after hearing the three boys had been murdered, she “didn’t know what to do”.

But she said she took warmth from seeing how the families of the boys all came together. “To see everyone united was amazing, and to see everyone hoping for the best and everyone coming together was so good, and just made me believe in Hashem stronger.”