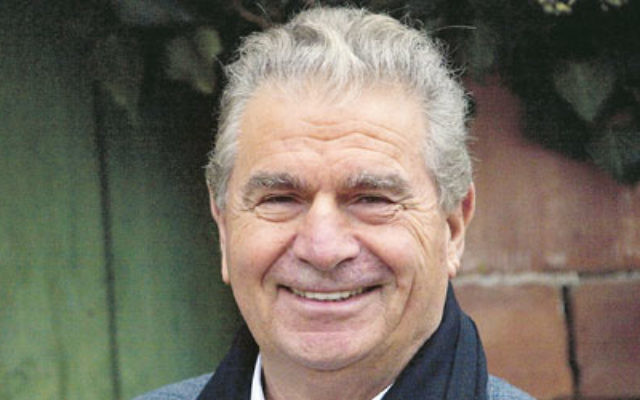 LEADING Israeli and Australian authors will come together when the Sydney Jewish Writers Festival (SJWF) holds a special one-day session on September 1.

While the SJWF is a biennial event and the next major festival is scheduled for 2014, festival director Michael Misrachi says this is the first time that a program is being held in an interim year.

“There is so much good Jewish literary work taking place that warrants having SJWF activities during the year, including our one day in September, but the main emphasis is on the biennial ­festival.”

Among the guests next month are Israeli author, historian and former politician Michael Bar-Zohar, one of Israel’s foremost experts on espionage and Israel’s secret service. His latest book is Mossad: The Greatest Missions of the Israeli Secret Service.

“The Mossad is a topical and controversial issue in Australia with the ‘passport affair’ and the recent Ben Zygier case,” says Misrachi.

“The Israeli spy agency has been in the headlines, so we thought it would be interesting to hear what Michael Bar-Zohar has to say about it. In his book Mossad he goes behind the scenes on some of the major missions that we know of, such as the Adolf Eichmann trial, and others that are less well-known.”

Bar-Zohar has written 35 fiction and non-fiction books which have been translated into 18 languages. He is the official biographer of Israeli President Shimon Peres and Israel’s first prime minister, David Ben-Gurion.

Israeli journalist Boaz Bismuth, who is currently foreign news editor for leading Israeli newspaper Israel Hayom, will be a guest at the festival.

A former Israeli diplomat, he is the author of Beyond the Border, which has been published in Hebrew.

Misrachi says that Beyond the Border is a fascinating account of a journalist and diplomat’s memoir from the Arab world drawing on his personal experience as the Israeli ambassador to Mauritania, an Islamic country in West Africa.

“Bismuth has travelled widely in the Middle East including hostile Arab nations and has spoken to people such as former Iranian President Mahmoud Ahmadinejad, former Libyan leader Muammar Gaddafi and Syrian President Bashar al-Assad. He has been to places that most Israeli journalists and most Jews don’t go to and has some amazing stories to tell.”

Acclaimed French author Laurent Binet, whose novel HHhH about the assassination of Hitler’s henchman Reinhard Heydrich was a global success and won the Prix Goncourt du Premier Roman,  will speak at a pre-festival event in Sydney on August 29.

Binet, who is not Jewish, spent more than 10 years writing the book. He will discuss HHhH with Dr Avril Alba, a Sydney University academic and the former education director at the Sydney Jewish Museum.

Heydrich was one of Hitler’s most brutal henchmen, head of the Gestapo and architect of the Holocaust. In HHhH Binet recreates the life of Heydrich and the inevitability of his encounter with two assassins.

Novelist John M Green, who also runs Pantera Press, will join a panel discussion on terrorism. Green spent months consulting experts on cyberterrorism from Australia, America, Europe and Asia while researching his latest novel, The Trusted, which was released in April.

“When I started writing this book, cyberterrorism was not such a big issue, but now there are articles in the media every day about it,” Green said in an interview with The AJN earlier this year.

“I’ve written the book as a gripping and entertaining thriller and also as a red flag to people everywhere that they need to think about a cyber attack and the people they trust.”

Another guest, Dr Kooshyar Karimi, told his incredible life story in his book I Confess: Revelations in Exile, which was launched in 2012.

Growing up as a Jew in revolutionary Iran, he learnt the secret of his heritage at the age of five. As an adult, he was kidnapped in the streets of Tehran by Iran’s secret police, tortured, and then forced to spy on the city’s small Jewish community.

Two years later, when he feared for his life, he fled with his family to Turkey and waited for a political refugee visa for Australia, where he has carved out a new life as a doctor in Sydney.

Hugh Mackay, who is well known around Australia as a social researcher and commentator, will also be at the festival. He has written nine books with the latest being The Good Life.

Mackay, who is not Jewish, will discuss the “good life” with Rabbi Michoel Gourarie, founder and director of BINA, the Jewish wisdom for life education centre.

Misrachi says: “Linda is a very successful author in this genre while Nikki recently published her book. The session will look at what these Jewish girls are doing in this field. They both have extraordinary stories to tell.”

Another panel discussion looks at the issue of  Nazi appeasement in Australia in the 1930s within the ranks of government officials and the intellectual elite. Two non-Jewish academics who have written on the subject will tackle the issue – Dr David Bird, academic and author of Nazi Dreamtime: Australian Enthusiasts for Hitler’s Germany and Dr Christopher Waters, academic and author of Australia and Appeasement: Imperial Foreign Policy and the Origins of the World War II.

Well-known author Andrea Goldsmith will talk about her latest novel, The Memory Trap, which tackles marriage, monuments, memory and music, while Professor Bryan Gaensler, the 1999 Young Australian of the Year, will talk on his book Extreme Cosmos.

The Sydney Jewish Writers Festival event is on September 1 at Shalom College, University of NSW, Sydney from 1-7pm. Bookings: www.encounters.edu.au.