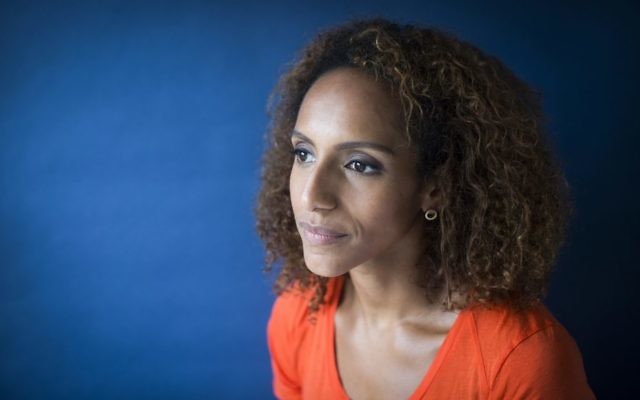 WHILE poets, journalists, musicians and novelists differ in their style of prose, their skill in crafting compelling narratives through the power of the written word is a unifying force, giving rise to “Storytellers” as the theme for this year’s Sydney Jewish Writers Festival (SJWF) pre-festival event.

Since poetry is sometimes a neglected genre, argues poet David Adès, he is thrilled to see the genre featuring prominently on the pre-festival bill, allowing him and poet Les Sher to share a selection of their thought-provoking poems.

Despite common undercurrents evident in Adès’ works, he avoids being prescriptive, instead encouraging readers to deduce their own meaning from his words.

“The reader brings their own experience to the poem, and the poet has his or her own experience,” Adès explains. “I want my poetry to be accessible enough for people to say, ‘I can read this’ and not run away from poetry for the rest of their lives, but I don’t want it to be so obvious that people go away without having to think.”

Interestingly, he likens the bond shared by poets of all cultures and creeds to the globally connected Jewish community. “I can go to a synagogue anywhere in the world and if I’m there for Pesach, I’ll be invited to someone’s house,” says Adès. “Similarly, I can go to a poetry community anywhere in the world and I’ve got an immediate group of people [with whom] I can interact.”

The festival action kicks off on opening night – Thursday, August 23 at the Bondi Pavilion – with a discussion between award-winning Russian-American journalist Masha Gessen, and journalist and host of the ABC’s The Drum, Ellen Fanning.

An outspoken critic of Russian President Vladimir Putin, Gessen’s commentary explores the tight constraints placed around individual freedom enabled by persistent, radical indoctrination. Growing up in the Soviet Union, Gessen emigrated to the United States as a teenager, before returning to Moscow and reporting on Russia’s political and social climate.

Returning to the United States in 2013 when Russia passed new anti-LGBT laws, dissident exile Gessen has been almost as critical of her new President, Donald Trump, as she has been of Putin.
The author of nine books, Gessen most recently wrote The Future is History: How Totalitarianism Reclaimed Russia, for which she won the 2017 National Book Award for nonfiction.

A day-long festival at Waverley Library celebrating bright ideas and intelligent debate is bound to be one for the books.

Although former SJWF director Michael Misrachi made aliyah with his family last year, his connection to the festival has not been hampered by distance, and his continued involvement will be realised in the first and last session of the day, aptly named “Voices of Israel @ 70”.

During a series of pre-recorded compelling interviews, Misrachi speaks with renowned authors in Israel.

SJWF director Justine Saidman shares the details of this Shalom production. “We interviewed Ron ben Yishai – winner of this year’s Israel Prize; Dorit Rabinyan (her book All The Rivers caused an uproar in some sectors because it depicts a relationship between an Israeli and a Palestinian); Gil Hovav, who is not only a food critic, culinary guru but also an amazing chef; and Israel’s beloved Meir Shalev, who writes children’s books, fiction and a newspaper column. Each of these authors allowed us into their homes so it was a very special experience.”

So special, in fact, that “Voices of Israel @ 70” is the session Saidman is most excited about, but that is very closely followed by talented writer Afua Hirsch, born to a Jewish father and a Ghanaian mother, speaking on the topic, “On Race, Identity and Culture”.

“Afua is an incredibly accomplished individual – she was a barrister and now works as a journalist and author. Her work reflects on the intersections of her many identities,” Saidman explains.

Prolific author Professor Robert Manne has been a prominent public voice on issues including climate change, refugees and asylum seekers, and Islamic State ideology. “The large question that concerns me more than any other is the world’s apparent incapacity to respond with sufficient urgency to the climate change crisis. Our earth is slowly being rendered inhospitable to humans and other species, and yet our response is pitifully inadequate,” Manne laments.

Once known predominantly for his written commentary on issues alive in the public debate, a personal topic much closer to Manne’s home and heart will likely form the basis of his discussion with Caroline Baum.

“With the essay I wrote for the new collection, On Borrowed Time, about my cancer and the removal of my larynx, I entered a new territory as a writer,” Manne explains. “I was worried that it would be of little interest to others. In fact, there has been a stronger response to it than to almost anything I have ever written. Given that I have previously been a rather private person, I am rather puzzled about how easy I found it to discuss the near-collapse of my body and the indignities I had to accept as a patient.”

Building resilience and appreciating the funny side of life even in the most difficult of circumstances is a topic to which Manne can probably relate, and one that will be explored by writer, Global Laughter Ambassador and founder of LaughLife Wellbeing Programs, Ros Ben-Moshe.

Various strategies can be used to cultivate a positive mindset, she says, including laughing, conscious gratitude practice, and re-framing the way you view a traumatic event.

Believing in writing as a form of healing, Ben-Moshe shares the process and motivation behind her part-memoir, part-healing guide Laughing at Cancer: How to Heal with Love, Laughter and Mindfulness.

“Initially I started writing just for myself, but very early on, I realised that I was also writing for a future envisaged readership because I recognised a lot of the feelings I was experiencing [may be felt by others], whether it is a cancer diagnosis, or some other challenge … Writing enabled me to get a different perspective to my own lived experience.”

It is often said that the intensity of lived experiences – particularly traumatic ones – is best explored through fiction. This assertion will form the foundation of discussion in “Fictionalising the Holocaust” as authors Lauren Chater, Kirsty Manning and Heather Morris tackle the topic.

Some other noteworthy SJWF highlights include journalist and columnist Peter FitzSimons speaking about his latest historical work Monash’s Masterpiece, and autobiographers of the Sydney Jewish Museum’s Community Stories program casting light on the challenges of introspection.