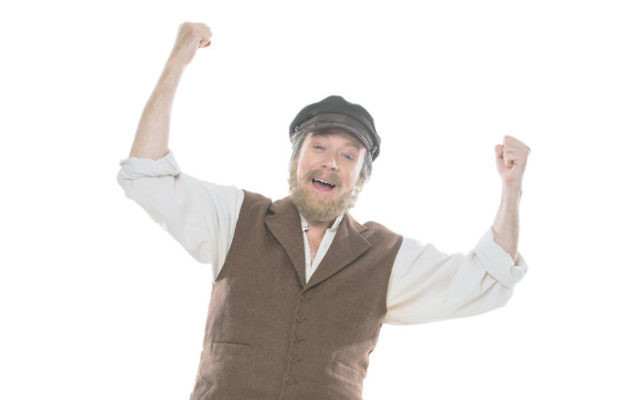 Anthony Warlow will star as Tevye in a new production of Fiddler on the Roof.

THE hit musical Fiddler on the Roof is returning to Australia with acclaimed Australian performer Anthony Warlow in the role of Tevye the milkman.

Warlow has played leading roles in a host of musicals including Les Misérables and Phantom of the Opera, and has spent the past three years on Broadway starring in Annie as Daddy Warbucks, and most recently replacing Kelsey Grammer in Finding Neverland.

Fiddler on the Roof is synonymous with Chaim Topol, the Israeli star who has performed the role of Tevye more than 2500 times around the world, including Australian performances in 1998 and 2005.

The producer for the 1998 shows was Tim Lawson, who is behind the latest revival at Melbourne’s Princess Theatre from December 29 for a six-week season before transferring to Sydney’s Capitol Theatre in March.

In a statement announcing the revival, Warlow says: “It has been a quiet passion of mine to one day play the role of Tevye in Fiddler on the Roof and I am thrilled to have the opportunity.”

The musical is set in 1905 in a shtetl in Czarist Russia and is set around milkman Tevye and his attempts to preserve his family’s traditions in a changing world.

Written by Joseph Stein and based on a short story by Sholem Aleichem, the musical opened on Broadway in 1964 and won nine Tony Awards. In 1971, the movie version, starring Topol, won three Academy Awards.

Fiddler on the Roof features well-known songs including Tradition, Sunrise Sunset, Matchmaker, To Life and If I Were A Rich Man.