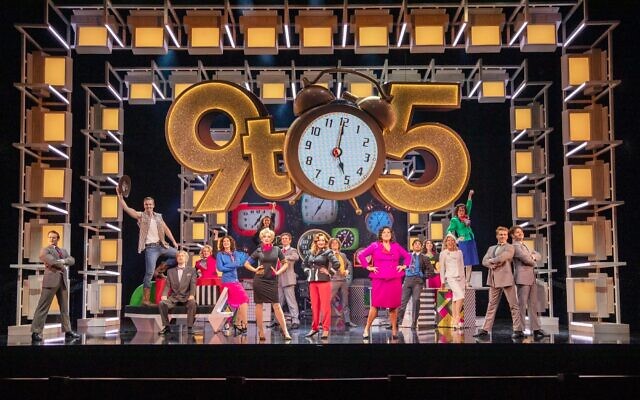 The full cast in 9 to 5. Photo: David Hooley

ACCLAIMED American country singer Dolly Parton is the driving force behind the musical 9 to 5, with the opening scene featuring her in a pre-recorded introduction beamed from a TV monitor perched above the stage at the State Theatre. This is followed by the cast performing an energetic routine of her Grammy Award-winning title song.

The musical – inspired by the 1980 hit movie starring Parton, Lily Tomlin and Jane Fonda – has already been staged in Sydney and Brisbane. It was first performed on Broadway in 2009 and then reworked for London’s West End in 2019.

The cast of the Australian touring production is filled with star power including Caroline O’Connor, Marina Prior, Casey Donovan and Eddie Perfect, plus rising Sydney performer Erin Clare in the Parton role as secretary Doralee Rhodes.

The action is set in 1980 in the offices of Consolidated Industries, switching between the plush office of company boss Franklin Hart Jnr (Perfect) and the busy secretarial floor where the women endure draconian working conditions. 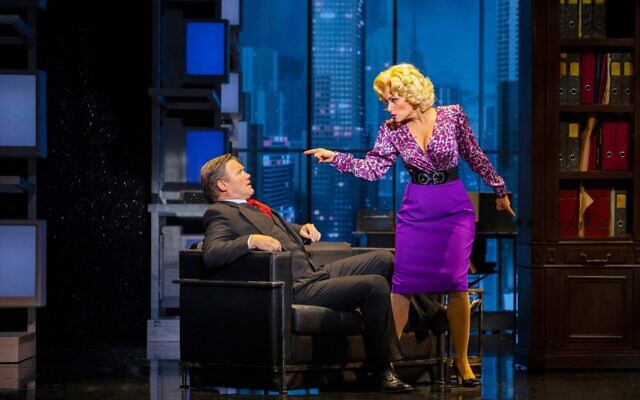 Perfect plays the role of male chauvinist to the hilt, sexually harassing his secretary Doralee, failing to promote long-serving employee Violet Newstead (Prior) and bullying timid new employee Judy Bernly (Donovan). His obnoxious behaviour makes the audience squirm, but they can sense that it’s only a matter of time before justice prevails.

The pace picks up when Doralee, Violet and Judy hatch an audacious plan to sideline the boss and change the office culture, introducing a suite of modern workplace measures that boost morale and productivity.

There are plenty of twists to the storyline, including a surprise visit to the office by the company’s CEO just as Hart tries to resume control.

The feel-good show features music and lyrics by Parton, which shine through the musical. The hit number, 9 to 5, which also closes the musical, has the audience clapping and cheering. 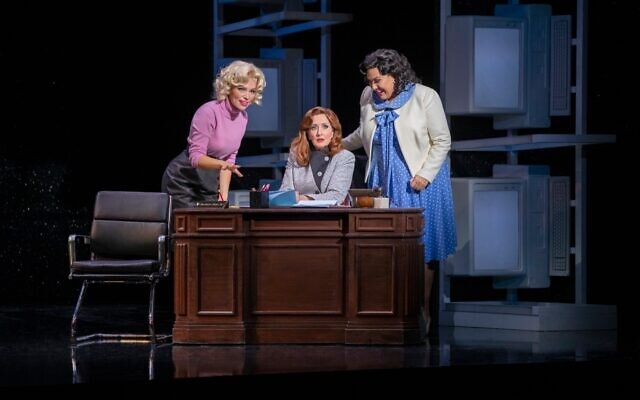 The musical highlights include O’Connor’s ode to her boss, who she lusts after, titled Heart to Hart; Donovan’s powerful song, Get Out and Stay Out; and Prior’s lovable duet with Ethan Jones titled Let Love Grow.

Clare is not as well-known as her co-stars, but gives a fine performance.

While the musical celebrates female worker empowerment and shines a light on serious issues such as workplace bullying, sexism and the abuse of power, there’s plenty of humour, entertainment and fine dancing by the ensemble.

9 to 5 is at the State Theatre, Arts Centre Melbourne until September 18. Bookings: 9to5themusical.com.au