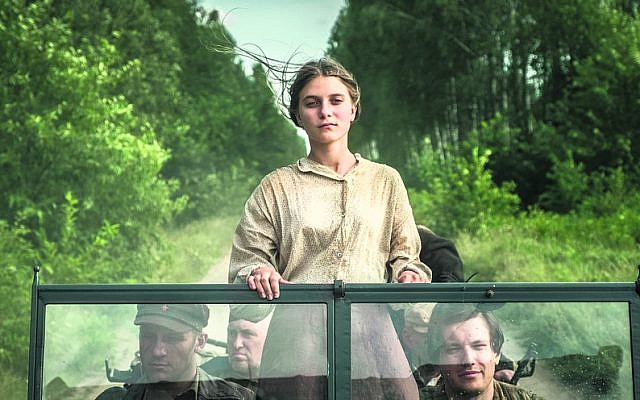 My Name is Sara is set around a 13-year-old girl who escapes the Nazis to the Ukraine.

THERE’S a wide range of Jewish themes among the 62 movies and documentaries from around the world that will screen at this year’s Jewish International Film Festival (JIFF), to be held in Melbourne from October 24 to November 20.

Festival director Eddie Tamir said he is excited about this year’s selection – the eighth year under his leadership – with many films having premiered at festivals including Jerusalem, Cannes, Toronto and Berlin.

“This year’s festival has so many amazing films, big and small, that are full of surprises and rewards,” said Tamir. 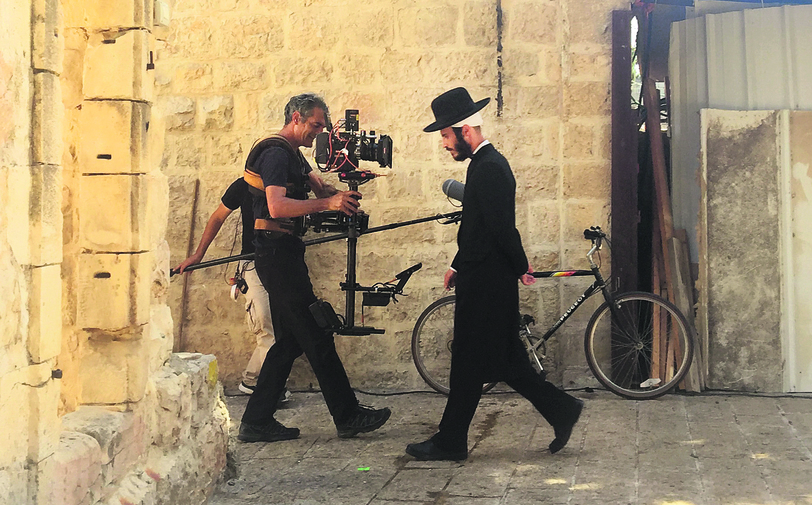 Filming of The Other Story, the latest movie by veteran Israeli director Avi Nesher.

“There’s a great mix of English and foreign language films, as well as American indie productions, plus Israeli productions and an Australian premiere.”

The festival will also be held in Sydney from October 23 to November 21 at JIFF’s new home, the Ritz Randwick and from November 2-20 at Roseville Cinemas, with shorter festivals in Brisbane, Canberra and Perth.

JIFF’s opening night film is Ask Dr Ruth, chronicling the life of Dr Ruth Westheimer, a Holocaust survivor who became America’s most famous sex therapist, which had its premiere at this year’s Sundance Film Festival. 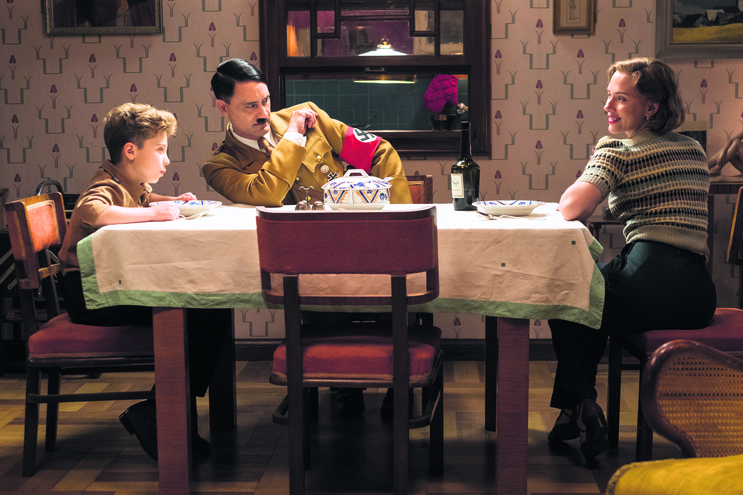 “At 91 years old, she hasn’t stopped working, and shows no signs of slowing down. Critics have acclaimed Ask Dr Ruth as a great documentary.”

JIFF’s closing night film is Jojo Rabbit, directed by Taika Waititi (whose mother is Jewish and father is Maori), who also stars alongside Scarlett Johansson in the drama set during World War II which tackles hate through satire. Jojo is a lonely German boy whose world view is turned upside down when he discovers his single mother (Johansson) is hiding a young Jewish girl in their attic. Aided by his idiotic imaginary friend, Adolf Hitler (Waititi), Jojo must confront his blind nationalism.

“Jojo Rabbit is one of the strongest films we have ever presented at JIFF,” said Tamir, noting that it has just won the audience award at Toronto Film Festival.

The Other Story is the latest film from veteran Israeli director Avi Nesher (Past Life) and has enjoyed box office success in Israel. 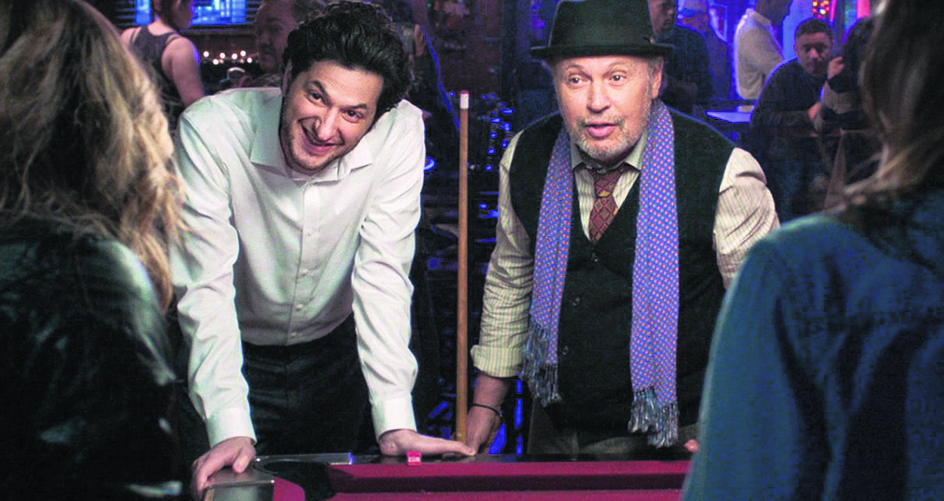 Billy Crystal (right) stars in Standing Up, Falling Down.

The drama follows the families of two rebellious young women who embark on different paths – one embracing ultra-Orthodox Judaism despite a secular upbringing, the other desperate to leave her strict religious background behind.

The American film My Name is Sara tells the true story of 13-year-old Sara, whose Polish Jewish family was killed by the Nazis in 1942. After escaping to Ukraine, Sara steals her Christian friend’s identity and finds refuge in a small village where she is taken in by a farmer and his young wife.

However, Sara discovers dark secrets about her employers that threaten her safety.

American director Max Lewkowicz puts the popular musical Fiddler on the Roof under the microscope in the 90-minute documentary Fiddler: A Miracle of Miracles. 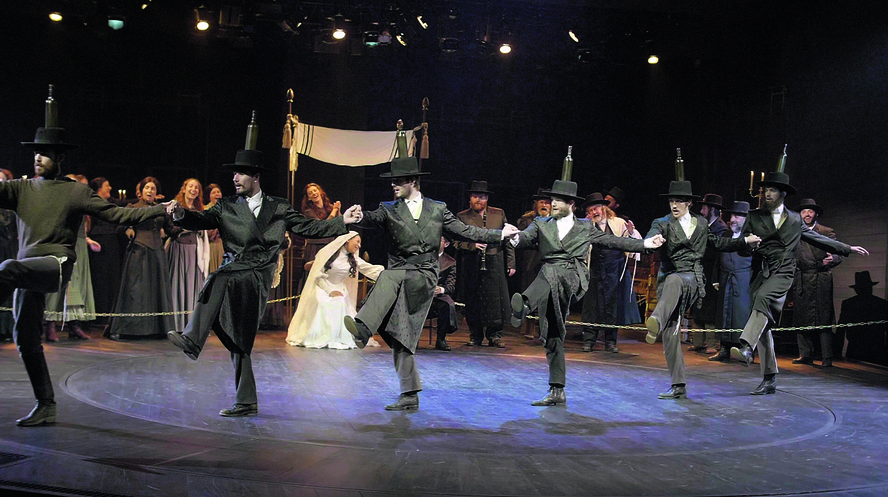 A scene in Fiddler: A Miracle of Miracles.

With Nancy Spielberg as executive producer, it features interviews with stars including Topol, the musical’s creators, performance clips from productions around the world, commentary from admirers such as Stephen Sondheim and Itzhak Perlman.

The Australian documentary Man on the Bus, in which director Eva Ash reveals shocking revelations about her family’s history as she searches for her true identity, premieres at JIFF.

Shortly before former Israeli prime minister Golda Meir died in 1978, she was interviewed for Israeli television. After the interview ended the cameras kept rolling as Meir spoke freely, pleading her legacy.

The Israeli documentary King Bibi explores Israeli Prime Minister Benjamin Netanyahu’s rise to power and his evolution as an orator, relying solely on archival footage of his media performances over the years.

The Austrian-German feature film The Tobacconist is set in Vienna on the eve of the Nazi occupation, and is about a young man, Franz, and his unlikely friendship with psychoanalyst Sigmund Freud (played by the late Bruno Ganz).

When Franz falls in love with a music hall dancer, he turns to Freud for advice to help him win her affections. 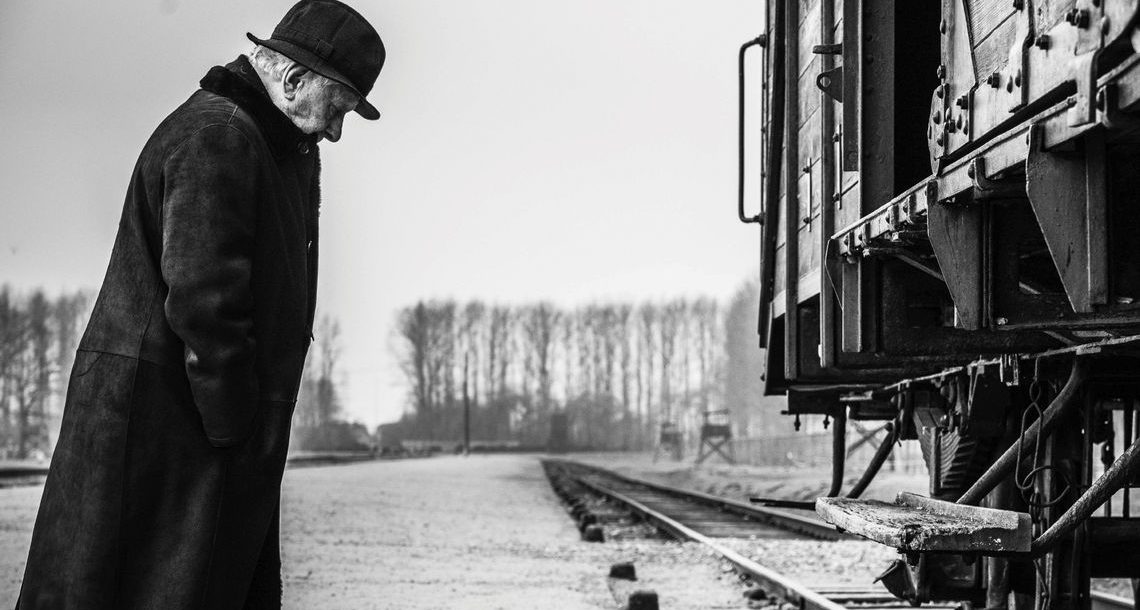 Businessman Frank Lowy visits Auschwitz in the documentary What Will Become Of Us.

As the USSR faces collapse, Jewish stand-up comedian Boris Arkadiev, popular with the ruling regime, starts to crack under the weight of official constraints and self-loathing in The Humorist.

JIFF will screen short films made by the winners of this year’s Short Film Fund competition.

Karen Pearlman’s 12-minute I Want to Make a Film About Women is a documentary love letter to Russian constructivist women, while Joel Kohn’s 12-minute The Mirror is about 13-year-old Suzi who visits her Holocaust survivor grandmother and accidentally opens a portal that takes her back to wartime Nazi Germany.