Man of the moment Taika Waititi is reportedly engaged to Rita Ora.

While the couple haven’t officially confirmed the news, a source has told media that the couple are planning a low-key ceremony followed by a big party in London. According to the same source, there was no “will you marry me” moment, rather the decision to get married was made mutually, with both deciding the time is right to formalise their relationship. 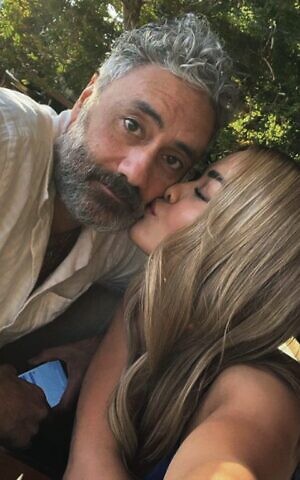 Waititi, who is currently promoting Thor: Love and Thunder, was born to a Russian-Jewish mother and Maori father. Ora is currently working on several projects, and serving as a coach on The Voice Australia.

The pair have kept their relationship largely hush-hush, going public for the first time last year on the red carpet for the premiere of Suicide Squad. Despite their privacy though, Waititi often chats about how he is going to be Rita’s first and last husband.

Wonder whether there’ll be any Jewish elements in the wedding? Here’s hoping!