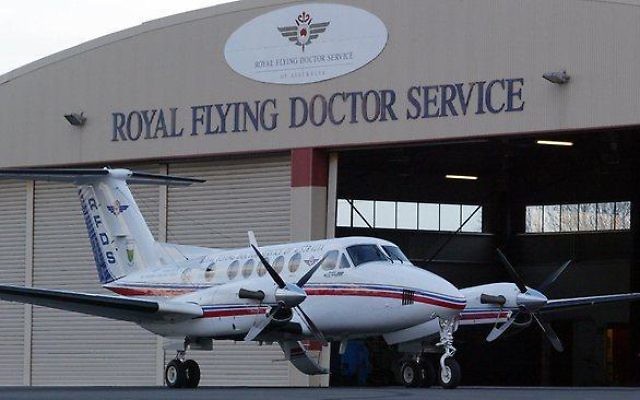 PLANS by the Royal Flying Doctor Service (RFDS) to use Israeli developed flight training equipment at its training centre in Dubbo appear to have stalled, an announcement welcomed by a pro-Palestinian group that had campaigned against RFDS entering into any association with Elbit Systems as part of a boycott, divestment and sanctions (BDS) campaign.

However, RFDS (South Eastern) vehemently denied BDS played any part in its consideration of the Elbit Systems of Australia tender. “We do not have such a policy,” an RFDS spokesperson told The AJN this week.

The AJN understands there have been delays in obtaining a federal government development grant for the Dubbo training centre and in finding commercial partners for the project.

The high-profile agreement between RFDS and Elbit Systems of Australia was announced last year by then NSW premier Mike Baird, while he was in Israel visiting Elbit’s headquarters. Inspecting the flight simulators intended for RFDS, Baird heralded them as “the tools they need to do their crucial work across the vast NSW outback”.

However, RFDS told The AJN last week that “whilst Elbit Systems Australia had previously been announced in early 2016 as a supplier of the simulation device following an initial request for tender process, this has not eventuated”.

RFDS also revealed that NSW Greens Senator Lee Rhiannon, who has made many anti-Israel pronouncements during her political career, had contacted the organisation to ask about the progress of the agreement.

Approached by The AJN, a spokesperson for Elbit Systems of Australia would not comment. In an online statement, Palestinian Support Network Australia (PSNA) claimed RFDS “has advised us that it has not entered into any commercial or contractual agreement with Elbit Systems Australia”.

PSNA’s statement referred to a petition on change.org describing Elbit Systems as “a major supplier of weapons worldwide and to the Israeli military”. The petition states: “Would you fly our doctors using money from the arms trade?” and “Don’t make medicine a deadly occupation.”

Anti-Defamation Commission chair Dvir Abramovich said: “We are glad that RFDS did not cave in and buckle to a hateful smear campaign of pressure from BDS groups and embrace an economic boycott of Elbit.

“Targeting and pillorying Israeli companies through a false narrative and bullying tactics reveals that those activists seeking to cause financial harm to Elbit are not interested in bridge building or peace between Israelis and Palestinians, but in demonisation and in divisive rhetoric,” he said.

Elbit’s Melbourne facilities were targeted in 2015, when around 20 BDS activists broke into the premises and raised a banner on the roof.