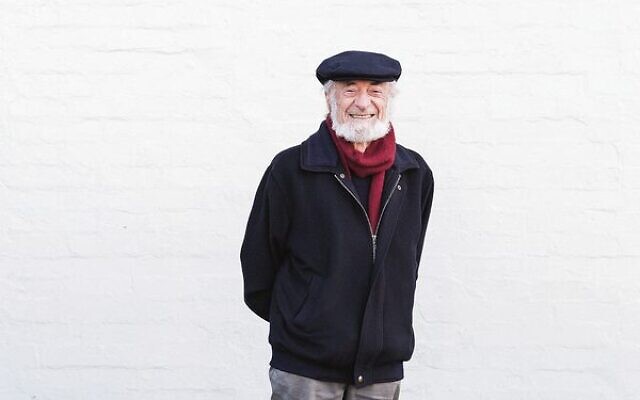 DR Moss Cass, a frontbencher in Gough Whitlam’s government – and one of the world’s first environment ministers – passed away last Saturday, eight days after his 95th birthday.

Speaking to The AJN this week, Naomi Cass described her father as “a very gentle man, even tender in his dealings, certainly with us, with his family, but also with the world”.

“He was quiet, humble … but really excitable when it came to politics and issues of social justice,” she said.

The Melbourne father of two and great-grandfather, who authored articles at his computer even in his last year, believed in quietly persuading people with his ideas, she recalled. “He thought he could make a better world.”

Although her father was “not a religious man … he was very strongly Jewish”.

In 2007, he became a founding member of Independent Australian Jewish Voices, which criticised Israel’s treatment of the Palestinians.

“Dad was really vilified … and that was very painful for him,” Naomi said.

Cass was born in Narrogin, Western Australia in 1927 after his father left Poland for Perth in 1906. The young man studied medicine at the University of Sydney, and as a research fellow at Melbourne’s Royal Children’s Hospital, he probed the use of heart-lung machines for open-heart surgery.

In the 1960s, he was director of the Trade Union Clinic and Research Centre and became an advocate for abortion law reform.

Joining the ALP in 1955, in 1972 he won Maribyrnong, now held by former ALP leader Bill Shorten. It was the election that ushered in the first federal Labor government in a generation.

As environment minister, he introduced the landmark Environment Protection Act in 1974. While Cass could not reverse the decision to flood Tasmania’s pristine Lake Pedder to build a dam, he helped end sand mining on Queensland’s Fraser Island and won protection for the Great Barrier Reef. He rallied Labor MPs to oppose uranium mining.

In 1975, the Whitlam government’s final year, he became media minister, announcing plans for the Australian Press Council which was founded the following year, and he helped pioneer community radio.

After the government’s controversial dismissal, Cass held opposition portfolios including health, immigration and ethnic affairs. In 1982, he announced his retirement from politics.

In 1983, Bob Hawke’s government appointed him to the National Museum of Australia’s council.

Cass is survived by his wife Shirley Cass (nee Shulman). A minyan will be held at Leo Baeck Centre on March 6.