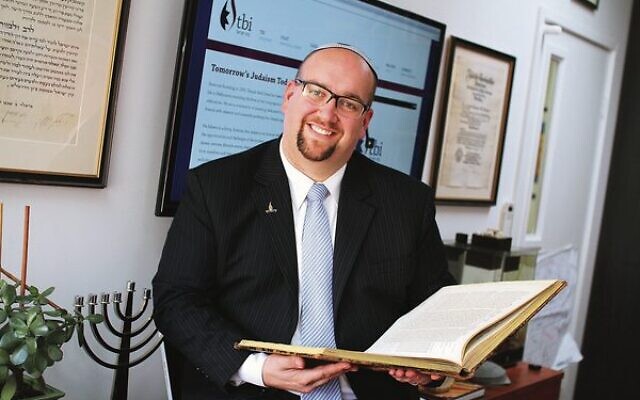 RABBI Gersh Lazarow, former senior rabbi of Temple Beth Israel (TBI), has been censured by the international rabbinical peak body of the Reform movement for conduct relating to plagiarism and bullying.

Lazarow was named in a rollcall of rabbis cited for disciplinary action by the Central Conference of American Rabbis (CCAR) on its website and barred from taking any supervisory role over rabbinic or other staff in a CCAR-affiliated congregation, which covers Progressive and Reform congregations internationally.

The citation stated, “Gersh Lazarow has been censured under violations of Section 1B (Social – “bullying”), ID (Intellectual Honesty), and Section IIB … (Relationships between Rabbis within the Same Congregation), and is currently prohibited from serving as a rabbi in a supervisory or management capacity of clergy or any other staff.”

The findings resulted from complaints lodged against Rabbi Lazarow for conduct relating to his work as TBI’s senior rabbi.

Standing down in late 2021, the rabbi departed from TBI early last year after the shule reached a separation agreement with him.

The crisis surrounding Rabbi Lazarow began with his surprise resignation in May 2021 over tensions within TBI and the Progressive community, but within weeks he rescinded his resignation and was welcomed back by the then board.

However, after the High Holy Days of 2021, documented allegations surfaced that he had plagiarised sermons, drashes and articles during his time at TBI from 2013 and earlier. Further allegations of plagiarism surrounded the origins of material he had used in his assessment for his s’michah (rabbinic ordination).

Rabbi Lazarow had stated in January 2022 that he is “wholeheartedly committed to owning my actions and making teshuvah for my mistakes”.

There were also claims that he had bullied other staff at TBI.

Allegations of workplace misconduct were also made against TBI’s Cantor Michel Laloum, who separately began his own legal action under the Fair Work Commission.

Lawyers investigating accusations against Laloum later concluded “a number of allegations” against the cantor were substantiated and “were considered bullying in nature”, however, “none of the substantiated allegations constituted serious misconduct”. The cantor, who had taken sick leave, has since resumed his duties at TBI.

TBI’s former board was heavily criticised for its handling of all allegations relating to its staff and was swept out of office at the shule’s AGM in September last year.

Rabbi Lazarow, who has since founded an unaffiliated Melbourne shule, was this week contacted for comment by The AJN.