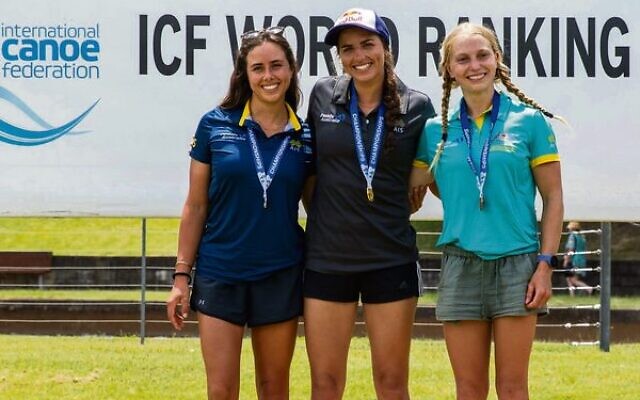 The podium was identical after the women’s canoe single final on day two, with Jessica claiming her second gold at the championships.

“It was just as physically challenging as it was in the kayak yesterday, but it felt better today for me in C1, especially that second run,” Jessica said.

“I felt like I had really good water, and I was able to attack the course a bit more.”

In the extreme canoe slalom final – a relatively new discipline that will debut at the 2024 Olympics – Noemie upstaged her older sister by winning gold, with Jessica settling for second.

Extreme slalom involves four paddlers on the course at one time in a race, rather than an individual race against the clock, and begins on a ramp more than two metres above the water, with boats landing to start proceedings with a splash.

“It felt pretty good to get the win,” Noemie said after the extreme slalom final.

“It’s always fun to be able to race this event, especially against the current world champion in Jess.

“Extreme is one of those disciplines where the more practice you get, the more confident you get.”