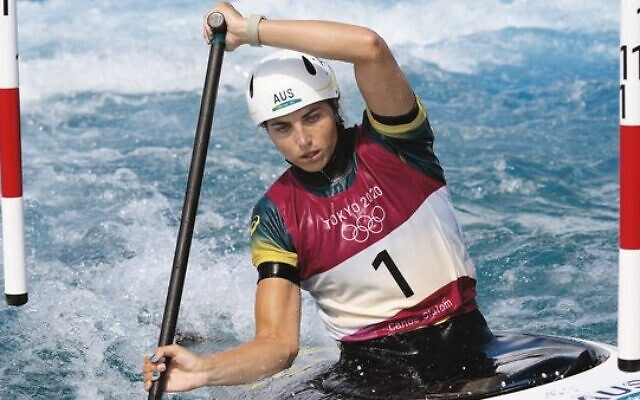 IT just keeps getting better for Jewish Olympian Jessica Fox.

First she won gold and bronze in canoe and kayak respectively in Tokyo, then followed that up by winning the women’s extreme slalom at the ICF Canoe Slalom World Championships.

Now she’s been bestowed the ultimate accolade – having a racehorse named in her honour.

Two-year-old bay filly Foxy Gold was due to take her place in the stocks at Moonee Valley Racing Club in Melbourne last weekend.

Not hard to guess which Olympic Gold medalist she was named after. Let’s hope she’s just as brilliant next weekend @TheValley.

“Not hard to guess which Olympic Gold medallist she was named after. Let’s hope she’s just as brilliant next weekend,” tweeted thoroughbred pre-training, agistment and breeding facility Lenava Park on October 15.

Now that’s a horse we at Shmooze can get behind.