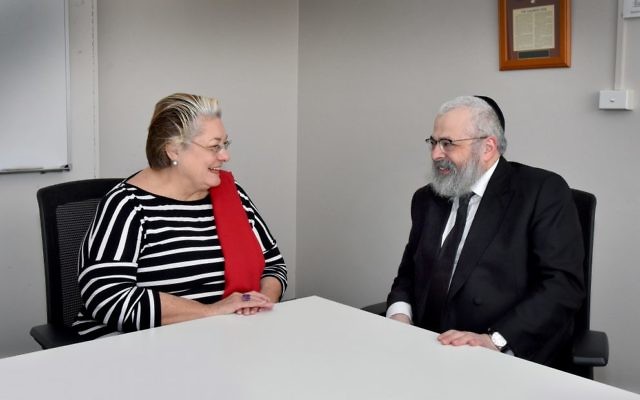 FRIENDS of Refugees of Eastern Europe (FREE) are confident they will be able to build a synagogue on Wellington Street, Bondi, after a new development application (DA) was lodged with Waverley Council.

FREE was thrown into the spotlight in August, and made headlines around the world, after the Land and Environment Court refused its initial DA to build a shule, stating that security risks to neighbours and passers by were not sufficiently addressed in the application.

In a statement following the court’s refusal, FREE spiritual leader Rabbi Yehoram Ulman said the decision “basically implies that no Jewish organisation should be allowed to exist in residential areas”.

“It stands to stifle Jewish existence and activity in Sydney and indeed, by creating a precedent, the whole of Australia, and by extension rewarding terrorism,” Rabbi Ulman claimed at the time.

In a meeting shortly after the furore, FREE and Waverley Council agreed that the decision of the court was “not meant to be related to religion or terror and that the matters raised in the judgement were capable of being overcome”.

Council and FREE agreed that it was likely that, should a new DA be submitted, outstanding matters “could be resolved satisfactorily in which case development approval could be given”.

In a letter to the community last week, Rabbi Ulman said a fresh DA had been submitted with Council, noting that it “addresses thoroughly the security concerns that were raised by the court”.

“It should be noted that the only reason why it wasn’t addressed in the previous submission as thoroughly is that it is unprecedented that one must also include a security threat assessment and prevention plan for the surrounding neighbourhood,” Rabbi Ulman said.

He said since the DA was “certified by the court to be compliant on every other aspect, we are very confident that the DA will be approved in a timely fashion”.

“May we merit to start building very soon.”