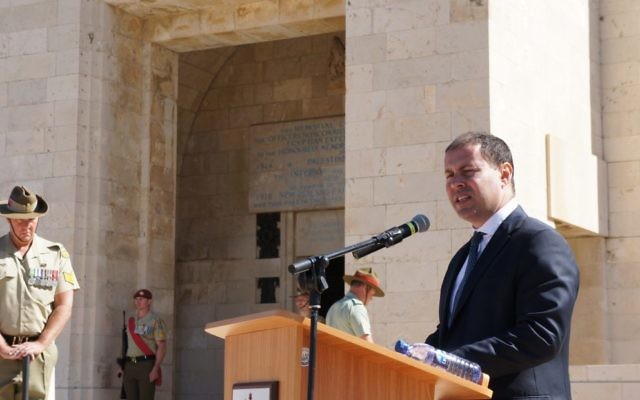 FEDERAL MP Josh Frydenberg says he has been overwhelmed by the support he has received from politicians and the community in the wake of allegations he is a dual citizen and therefore ineligible to sit in Parliament.

Frydenberg’s mother Erica Strauss was born in Hungary in 1943, at which point in time she was denied Hungarian citizenship because she was Jewish.

However, in the last decade, Hungary has attempted to make amends by unilaterally bestowing citizenship on those Jews who were deemed aliens, together with their offspring.

Claims last week that Frydenberg is therefore a dual citizen made headlines across the country. But he has been heartened by the response.

“It’s meant a lot to get so many genuine messages of support from parliamentary colleagues, Liberal and Labor alike, as well from many members of the public,” Frydenberg told The AJN.

Reflecting on the ongoing citizenship saga, Prime Minister Malcolm Turnbull hit out at the allegations.

“Has this witch-hunt become so absurd that people are seriously claiming that Josh Frydenberg is the citizen of a country which stripped his mother and her family of their citizenship and would have pushed them into the gas chambers had it not been that the war was ended before they had time to do so?” Turnbull said.

“I wish that those who make these allegations about Josh Frydenberg could think a little deeper about the history of the Holocaust.”

The sentiment was echoed by Opposition Deputy Leader Tanya Plibersek. “These people, like many millions, fled the Holocaust and I really do think that we’re going a bridge too far when we start to pursue people in these circumstances,” she said.

Dozens of members of the community have also contacted the MP.

“To force your mother to adopt a nationality which imprisoned your mother, then claim her allegiance to that system is worse that terrible,” one member of the public said.

Another person, who said he doesn’t live in Frydenberg’s electorate and was a Labor voter, stated, “My support wouldn’t mean much but I think it is disgusting and must be very distressing for you with the memory of your family’s terror and flight from persecution. This is just a message to let you know that ordinary Australians think this is wrong and are thinking of you.”

A 72-year-old man who wrote to Frydenberg asserted, “I and my parents, were displaced people. Stateless. My parents tried to survive. How can anyone be a citizen, when you are a displaced person [with] no rights to anything?”

Another correspondent wrote, “This issue should never have been raised. I am appalled at any unnecessary stress this may have caused to you and your family.”