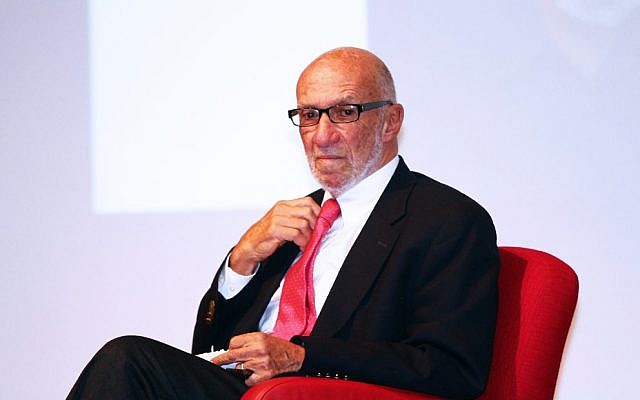 Richard Falk is set to speak in Sydney next month. Photo: Peter Haskin

JEWISH communal leaders are concerned about plans for Richard Falk, a US academic who has endorsed conspiracy theories and who is widely accused of antisemitism, to visit Australia to speak at the NSW Parliament and at the University of Sydney.

Falk, who for six years was UN Special Rapporteur on Palestinian Human Rights, has consistently maligned Israel with anti-Jewish tropes.

Invited this year to address NSW Parliament by Greens MP David Shoebridge, co-convenor of NSW Parliament’s Friends of Palestine group, Falk’s July 4 speech will be on A Future for Palestine: BDS, International Law and Beyond.

During his visit, organised by BDS Australia, he was also scheduled to speak on “Israeli apartheid, international law and the academic boycott” at a talk sponsored by the Sydney Staff for BDS group at the University of Sydney. The Australasian Union of Jewish Students (AUJS) has written to the university’s vice-chancellor Michael Spence to protest.

In a 2007 article titled “Slouching toward a Palestinian Holocaust”, Falk drew parallels between Israel’s conflict with Gaza and the Holocaust, and has stated, “Is it an irresponsible overstatement to associate the treatment of Palestinians with the criminalised Nazi record of collective atrocity? I think not.”

Falk, who previously visited Australia in 2013, has drawn flak from the British and Canadian governments, former UN secretary-general Ban Ki-moon, former US ambassador Susan Rice, anti-racist organisations, and parliamentarians around the world.

Falk was panned for claiming a link between the 2013 Boston Marathon bombings and US support for Israel. He endorsed a book alleging the US connived in the 9/11 attacks.

NSW Jewish Board of Deputies president Lesli Berger saw Falk’s visit to Parliament as “problematic on so many levels. Richard Falk is infamous for blaming Israel and the US for the Boston Marathon bombing and other equally outrageous remarks; BDS is an antisemitic policy; and it is entirely unacceptable that David Shoebridge has helped to facilitate the event by booking the venue. All of which make this function offensive in the extreme”.

He said Falk “is on the record openly expressing antisemitic tropes. He has compared Israel to Nazi Germany, praised terrorist group Hamas and supported the bigoted BDS movement. Falk’s speaking tour will do nothing to promote meaningful discourse and dialogue nor objectively and rationally discuss the Israeli–Palestinian conflict”.

Australia/Israel & Jewish Affairs Council executive director Colin Rubenstein said, “It is clear no public good can be served by someone with his record coming here to spread divisive and ugly rhetoric.

“We call upon Immigration Minister David Coleman to assess whether Mr Falk meets the good character test to visit Australia.

“If he does enter Australia, we trust and expect that Australians will reflect on Falk’s record and treat his words with appropriate scepticism and disdain.”

ADC’s Abramovich stated, “Anyone who glorifies Hamas and supports violence against Israelis, and who peddles hateful slurs and theories should not be welcomed here. Mr Falk has used antisemitic imagery in the past, and has repeatedly refused to remove repulsive anti-Jewish rants from his personal blog.”

Stating that his organisation “is deeply concerned” that Falk is being hosted at the University of Sydney, AUJS chair Josef Wilkinson said, “Universities should not be welcoming people who hold ‘Tel Aviv’ responsible for the Boston marathon bombings.”

Insisting “This isn’t a political issue,” he added that when people with such views are allowed to spread their agenda in lecture theatres, “Jewish students are sent a very clear message.”