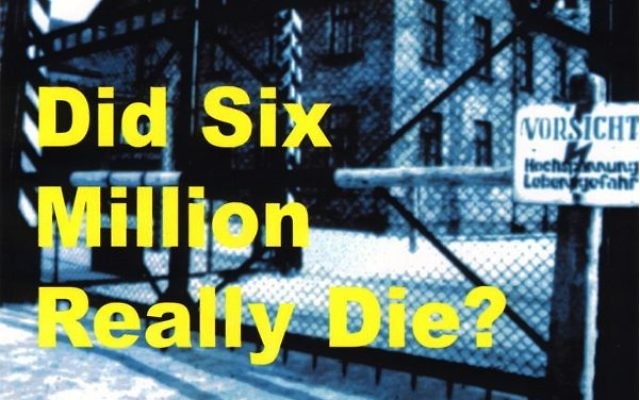 AMAZON has come under fire for offering books on Holocaust denial to the public and could be in breach of the Racial Discrimination Act.

The B’nai B’rith Anti-Defamation Commission (ADC) has slammed Amazon for offering titles such as Did Six Million Really Die?, The Six Million: Fact or Fiction?, The Myth of the Extermination of the Jews and The Hoax of the Twentieth Century: The Case Against the Presumed Extermination of European Jewry.

All these titles are available from the online provider through a simple Google search that takes readers to the Amazon site.

ADC chair Dr Dvir Abramovich told The AJN this week that Amazon Australia could be in breach of Section 18C of the federal Racial Discrimination Act, which prohibits material likely to “offend, insult, humiliate or intimidate” on the basis race or ethnicity.

He said Amazon Australia “should not be a hothouse and a cesspool of racism, xenophobia and bigotry and should not act as a gateway for young people to enter a world of hatred”.

“It is inexcusable for Amazon Australia to serve as a vehicle and a platform for bigots to disseminate and propagate their toxic and harmful invective. Literature that promotes and incites hatred against the Jewish people by demonising and defaming them, that denies and trivialises the Holocaust, and which foments racial violence, should not be normalised and mainstreamed,” he stated.

“I am sure that neo-Nazis, racists and radical groups, who cannot offer their heinous materials to traditional publishers, are delighted that this vile content, which glorifies Nazis and white supremacists, and which dehumanises Jews, is available in hard copy and ebook format for mass consumption.

“At a time of a dramatic rise in anti-Semitism, hate speech, and violence against Jews, to have such revolting, poisonous tracts, easily accessible for download, only helps to blow on the embers of prejudice and extremism.”

Abramovich added, “Companies have a moral responsibility and should review and evaluate their practices and guidelines. We urge Amazon Australia to do the right thing, and to withdraw these titles from its virtual shelves immediately.”

Amazon’s head office in the United States had not responded to The AJN at the time of going to press.