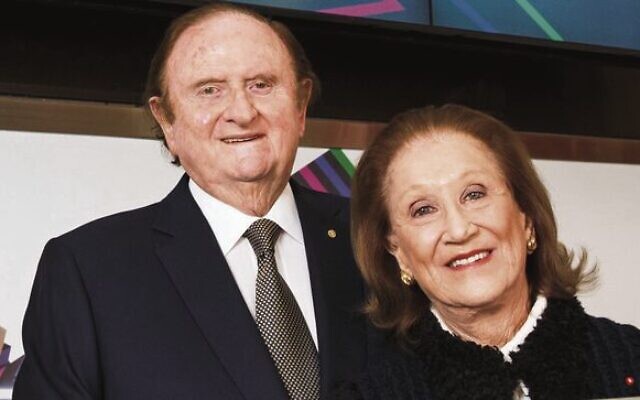 GANDEL Foundation has won Philanthropy Australia’s 2021 Bolder Philanthropy Award for the second year in a row for its philanthropic investment in ‘social risk capital’.

After winning the award in 2020 for the Gandel Holocaust Studies Program for Australian Educators, Gandel Foundation took out the award again this year for its long-standing philanthropic partnership with Smiling Mind, a not-for-profit organisation pioneering the use of technology and mindfulness to strengthen young people’s mental wellbeing.

The Bolder Philanthropy Award category recognises “philanthropic investment that is used as ‘social risk capital’ to provide early-stage support for an initiative, helping scale or evolve it to deliver sustained positive change.”

Following the announcement, Gandel Foundation CEO Vedran Drakulic said he was honoured that the Gandel family’s philanthropic work has again been recognised, this time for its “innovative, trailblazing and impactful partnership in the area of youth mental health prevention and early intervention”.

The foundation’s relationship with Smiling Mind started in 2014, when mindfulness as a concept was gaining traction.

Dr Addie Wootten, CEO of Smiling Mind, said, “Taking a bold move to support a completely new model and a highly innovative start-up charity, the Gandel’s foundational and ongoing support has enabled us to become a leader in the provision of accessible technology-led programs to support the good mental health of Australians, reaching more than 6.3 million people to date.”

In addition to supporting Smiling Mind, other innovative projects backed by the foundation include Reverb, a co-design project with young people from migrant and refugee backgrounds aiming to address the stigma surrounding mental health which is delivered by the Centre for Multicultural Youth, and Australia’s first private, women-only mental health hospital, the Lisa Thurin Women’s Health Centre, established by the Cabrini Hospital.

For more info about the Gandel Foundation, go to: gandelfoundation.org.au