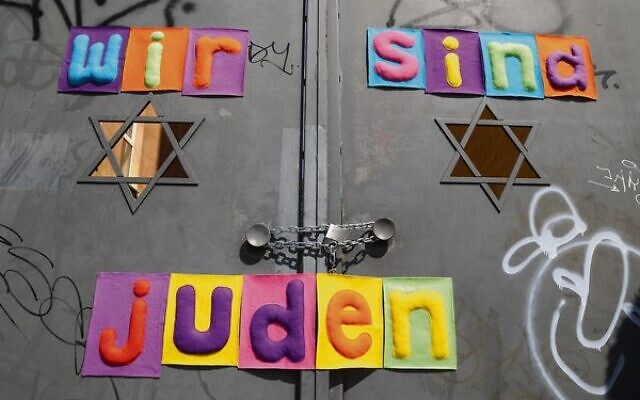 Dreyfus Drei and Displaced will be sharing the stage and the screen early next week as they shine a light on second and third intergenerational trauma.

Yearning to find out more about her family origins, artist Ella Dreyfus went on a journey of remembrance, return and renewal of Jewish life, in her film Dreyfus Drei. Dreyfus shares the story of two little boys who escaped the Holocaust – her father and her uncle – and shows how trauma can affect family members for generations to come.

Filmed in Sydney, Melbourne and Germany, Dreyfus Drei followed the artist as she affixed colourful felt lettering on places of importance, including cemeteries, playgrounds and homes, creating contemporary art memorials.

Ryba-Kahn shows what it’s like to be a Jewish woman in Germany now, and was inspired by the reconnection with her father.

“There was a lot I simply didn’t know, because I wasn’t in touch and I wasn’t raised by him,” the filmmaker explained. “At the same time, [the film looks] at my current environment in Germany and the Jewish community.”

Ryba-Kahn explains that there were always two very different discourses in Germany between the Jewish community and the non-Jewish community, especially in the 90s.

“For me, it was the discrepancy between Germany being incredibly good on the outside, publicly speaking and remembering the Shoah, and what you actually see when you talk to people,” she said. 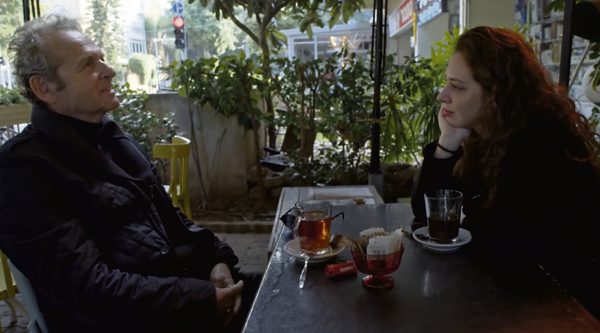 As for Ryba-Kahn, she didn’t originally understand that she was traumatised by what her family went through.

“I was invited prior to making the film onto a panel as a third generation in Germany, from a survivor of the Holocaust, and in that moment, I had this incredible realisation of ‘oh ok, I guess I am, and what does that mean?’

“My process of my own trauma was the result of filming, and also understanding how the trauma had affected first and second generations. It suddenly became graspable, understandable, and then even the aesthetics I use in the film, trying to make the trauma physical,” she said.

Ryba-Kahn said it’s an incredible opportunity to see the two films back-to-back and then hear from the directors themselves through a Q&A, which has been described as two generations in dialogue.

“You are actually in a situation where you are being led through dialogue, essentially [the films almost] speak to each other – an Australian Jewish woman goes back to Germany to trace her roots, and a Jewish woman born and raised in Germany goes back to Poland and Israel.”

Dreyfus Drei and Displaced will be screened at Randwick Ritz on Monday December 5, followed by a Q&A with Ella Dreyfus and Sharon Ryba-Kahn. Tickets.