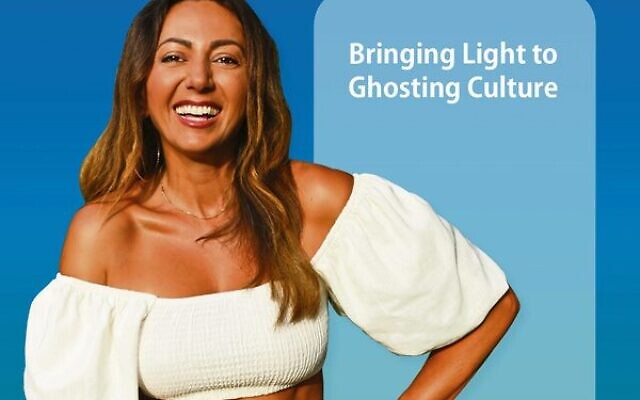 ANDI Lew is an observer of social cultures. She writes what the world needs. Which is why her latest book covers ghosting culture – what it is and how to handle it.

As Lew explains, according to a survey published in the Journal of Social and Personal Relationships, about a quarter of participants had been ghosted by a partner, and one-fifth admitted that they have ghosted someone themselves.

The best-selling author’s ninth health title was released last month. Where’d They Go? addresses a very important mental health issue, one that has become more apparent as the years progress.

“Let’s get totally transparent about ghosting culture. It’s become normal, and has left us a little broken,” she said. “Ghosting culture is a reflection of how we already interact. We have a ‘scroll-on’ and ‘swipe away’, block, delete and ‘unfriend’ attitude.”

So, what is ghosting? It’s what happens when someone you’re chatting to vanishes without explanation.

“There’s the full ghost and the demi-ghost,” Lew explained. “And there’s ‘bread-crumbing’ and ‘submarining’ – at some point they’ll resurface.”

According to Lew, there are a raft of reasons why people ghost. There’s so much stress in everyone’s lives now, so no one wants to deal with more. People also don’t want to have the difficult conversations – they don’t want to hurt themselves or others. Lew also says there may be mental health issues or trauma that the person is dealing with.

But for Lew, dealing with ghosting is essential.

“If you don’t deal with ghosting, it’ll haunt you forever,” she said. “Not having closure can be really traumatic. You have so many unanswered questions and didn’t get to say goodbye.”

Importantly, Lew clarifies that ghosting is never about the person who has been ghosted.

“It says more about them than it does about you! It has nothing to do with what you deserve and how you deserve to be treated,” she said.

“There’s a chapter in the book called ‘Who’s to blame?’ It looks at our current social revolution and the construct of how we choose to use technology to interact. It has become a type of conditioning around avoidance behaviour. Many of us are just not well equipped emotionally to have a difficult or confrontational conversation.”

When asked what tips she can give someone who is dealing with ghosting, Lew stresses that while you don’t need to contact them again, she says your ego may want to give it a crack with some one-liners such as “I thought Casper was supposed to be friendly?” or “This is boo sheet.”

Where’d They Go? is now available with a foreword by Australian comedian Dave Hughes, $27.95 rrp.