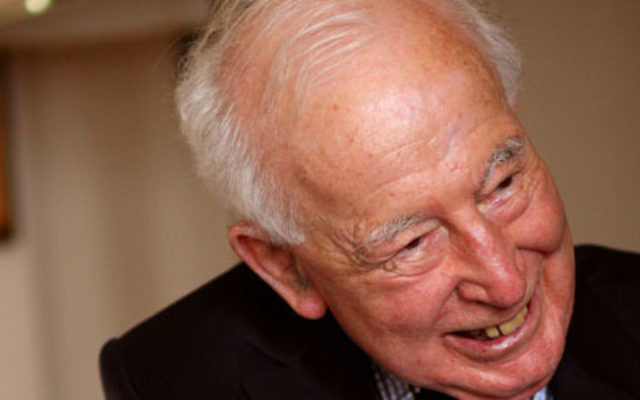 AUSTRALIA lost one of its greatest statesmen with the death of Sir Zelman Cowen, Prime Minister Julia Gillard told Federal Parliament on Tuesday, as a motion of condolence was moved in the former governor-general’s honour.

Moved on the first sitting day of 2012, the motion recorded the House’s deep regret at Sir Zelman’s passing, recognised his contribution to Australian public service and offered condolences to the Cowen family.

“But above all, Sir Zelman Cowen was a good and decent man, open-minded, tolerant and wise. To put it simply, he was a gentleman,” she said.

“If we measure a life by the void it leaves, then Sir Zelman Cowen’s passing has left our nation with a large gap indeed.”

Opposition Leader Tony Abbott said Sir Zelman’s life “was one of remarkable achievement and enduring benefit to our country”.

“Our country is deeply in his debt,” he said.

“Sir Zelman sought always the things men and women had in common and hoped always that they might be their best selves.

“We miss him, we honour him, we seek to be worthy of him and we extend our condolences to Lady Anna [Cowen] and his family.”

The three Jewish members of the House also paid their tributes.

Isaacs MP Mark Dreyfus praised Sir Zelman for healing the nation following his appointment, and also recalled his contributions to the Jewish community.

“I saw him from time to time at Temple Beth Israel in Melbourne,”

“He often attended Jewish community events and was always ready to assist the community.”

Kooyong MP Josh Frydenberg, who was mentored by Sir Zelman, recalled him as a “giant of a man”.

“His record of achievement as a legal scholar, educator and public intellectual has few parallels in Australian life,” he said.

“He never needed to demand respect or command obedience but, by virtue of his very nature and being, he simply earned it.

“I am proud to have called such a great Australian my friend.”

Former attorney-general Phillip Ruddock, the only member to have served while Sir Zelman was governor-general, said he regarded Sir Zelman as one of the greatest Australians he had had the pleasure of knowing.