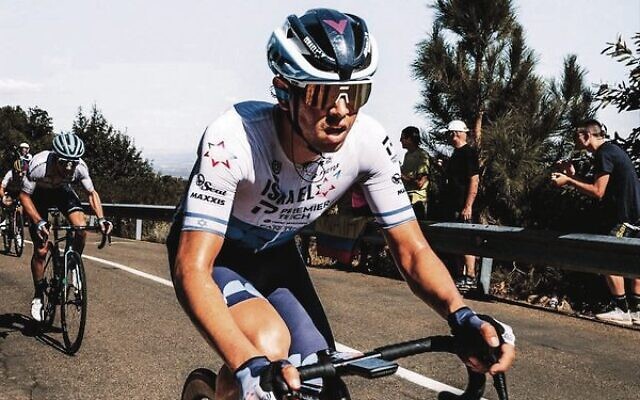 Israeli rider for Israel Premier Tech, Omer Goldstein, in action in the 2022 La Vuelta in Spain. He will be representing Israel at the world championships in Wollongong on September 25. Photo: IPT

La Vuelta ended last Sunday in Madrid, with IPT’s next most experienced rider, Norwegian Carl Fredrik Hagen, coming 34th out of 134, and IPT placing 18th out of 23 teams.

A green shoot was their Israeli cyclist Omer Goldstein’s performance. The 26-year-old came 63rd overall, joined multiple breakaway attacks, and showed what he is capable of in stage 19, when he was in an uphill sprint finish, coming seventh.

“I’m encouraged that I gave it all until the end, and at least achieved my best result ever in a Grand Tour,” said Goldstein, who will represent Israel at the 2022 Road Cycling World Championships men’s road race in Wollongong on September 25. 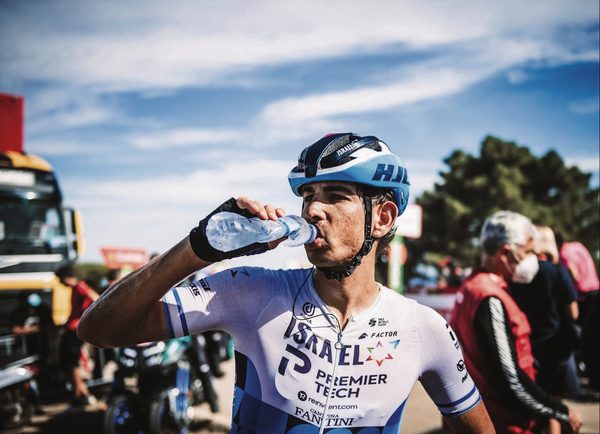