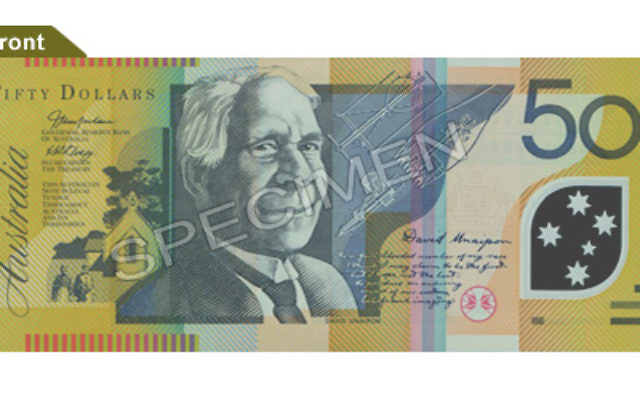 THERE were no real surprises for the Jewish community in the federal Budget, with the Government committing piles of money to pledges made in the past.

Funding was confirmed for the $15 million election promise to support Jewish school security.

From July 1 this year, the money pledged on the campaign trail will roll through to Jewish schools over the next three years.

The objective is to allow Australian Jewish schools to focus on paying for educational costs, not for security-related expenses, such as closed-circuit cameras, fencing and other paraphernalia, posed by unique safety concerns.

In other education-related announcements, the Government committed to retaining the current level of funding for independent schools until the end of 2013.

After that, it is expected a new system will be introduced to replace the existing socioeconomic status model that grants schools money based on the financial status of its students’ families.
School chaplains, including rabbis, will be supported to the tune of $222 million to provide pastoral care and look after students’ wellbeing.

“The Gillard Government believes in the power of education to transform lives and the vital role schools play in promoting the intellectual, physical, social, emotional, moral, spiritual and aesthetic development and wellbeing of young Australians, and in ensuring the nation’s ongoing economic prosperity and social cohesion,” Schools Minister Peter Garrett said.

With the Government announcing it was recommitting itself to multiculturalism – more than a decade after the policy fell out of favour – it was unsurprising that there was money in the Budget for ethnic affairs.

Over four years, $4.7 million will be focused on setting up the new Australian Multicultural Council, encouraging youth from diverse backgrounds to get involved in sporting activities and establishing a national anti-racism strategy.

He also recommitted the Government to working to get the Budget into surplus, and made only spending cuts across the board.

“Mining investment will rise to around eight times the level preceding the boom to $76 billion in 2011-12, underpinned by the highest sustained terms of trade in 140 years.

“But not every family or business is feeling the immediate benefits,” he said.

For full coverage of how the Budget affects the Jewish community, see this week’s AJN.