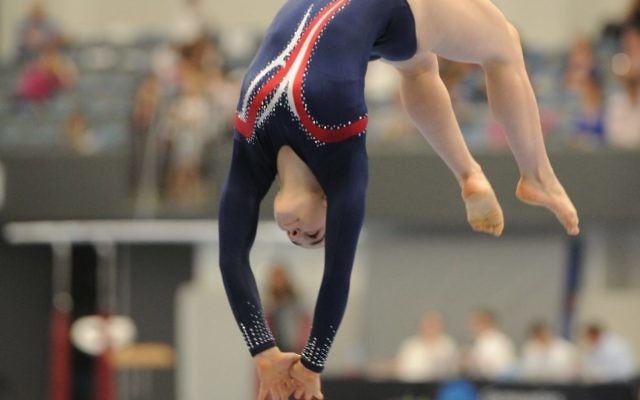 DEBORAH Greenbaum never sits still – she simply doesn’t have the time for that.

The 20-year-old University of Sydney second year student trains an average of 30 hours per week at PLC Gymnastics Club and is currently ranked first in Australia – and 11th in the world – in aerobic gymnastics.

In between winning gold at the Asian Aerobic Gymnastic Championships last November and an individual (senior level 10) silver and a team bronze for NSW at the 2017 Artistic Gymnastics National Championships, she represented Canada at the Maccabiah Games.

An internationally certified gymnastics coach and judge, Greenbaum was last month named NSW Aerobic Gymnast of the Year for the fourth consecutive time, and has just gained selection in the Australian team that will be competing in the Cantanhede World Cup in Portugal from March 22, and in the Suzuki World Cup event in Tokyo from April 21.

And, after putting in countless hours of rehabilitation since fracturing her ankle, the reigning Australian Senior Aerobic Gymnast of the Year was ready to put in a solid performance at last weekend’s final Australian team selection trials for the 2018 World Championships to be held in Portugal in June.

She came second overall, putting her in good stead to earn a spot when the team is announced within weeks.

“Yeah – you could say it’s been quite a busy start to the first half of this year,” Greenbaum told The AJN – perhaps unwittingly making the understatement of the year so far.

“My biggest hurdle has been overcoming that [injury] which kept me out of the first selection trials, so all my eggs are in the one basket this Saturday.

“I’d been unable to perform at my peak level, but now I’m hoping to get back to that [level] by Japan [the Suzuki Cup].

“I’ve also been working hard to learn new higher level skills to increase my difficulty scores, and also on my acrobatic skills and transitions to maximise my artistry scores.”

Away from the floor and apparatuses, Greenbaum juggles studying with leadership roles in her sport, as president of the Gymnastics NSW Leadership Engagement and Participation Panel (LEAP) and founder of its ‘LTC for PNG’ initiative, which collects and delivers hundreds of used leotards and training clothing to young and aspiring gymnasts in Papua New Guinea.

Those admirable endeavours saw her named last week as one of four finalists in the 2018 NSW Young Achievers Awards in the Worldwide Sports category.

The winner will be announced on April 20, and Greenbaum is also in the running for the People’s Choice award.

Greenbaum said she feels “proud and honoured” about her latest achievements and hopes they can serve “to motivate other athletes to contribute back to their sport and the community”.

“I’ve been involved in LEAP for three years, which aims to increase participation in gymnastics and, through the Athlete Mentoring Program, information packages and events, we’ve developed pathways into training and competing, judging, coaching and officiating.

“The LTC for PNG was a campaign I started after reading an article by an Oceania Gymnastics representative about major barriers to participation in developing countries, due to the [prohibitive] cost of training clothes or their complete unavailability.

“I started organising collections across NSW with Gymnastics NSW’s enthusiastic assistance, and last year we were able to send a [shipping] container full of equipment and clothing to Papua New Guinea.” 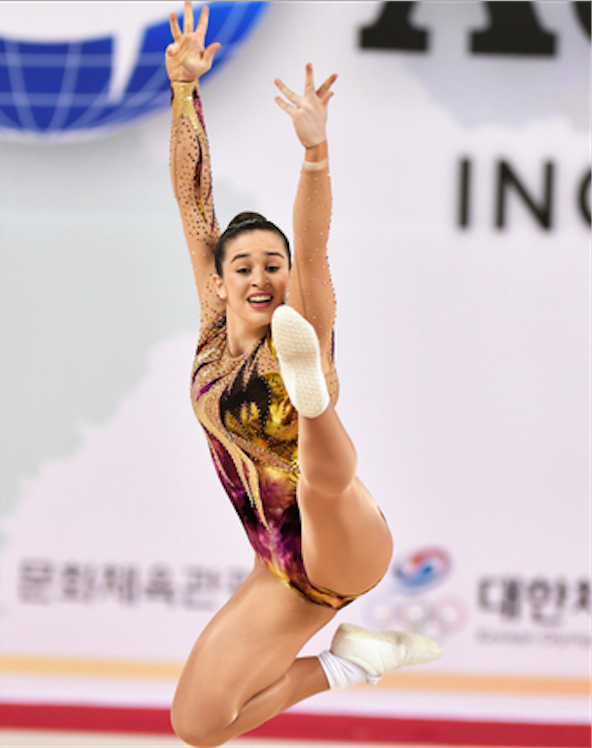