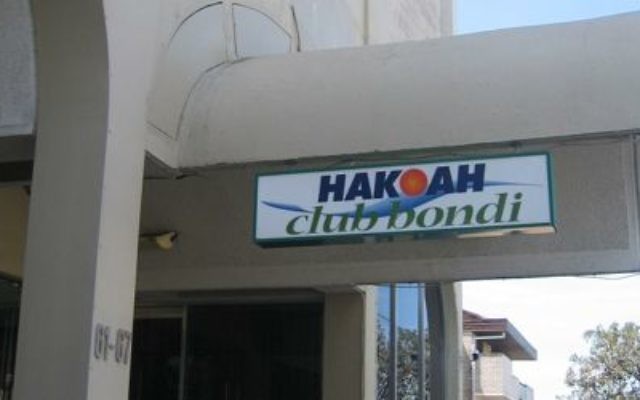 HAKOAH Club’s place in the history of Bondi will be forever secured with a commemorative plaque where its clubhouse stood for more than three decades.

Property development giant Toga Group, which purchased Hakoah’s Bondi premises in 2007, will dedicate a large community room of its new development in honour of the club.

Hakoah closed its Bondi premises on November 4, 2009 and is yet to reopen at its new site at White City in Paddington.

Hakoah president Phil Filler told The AJN he was proud Toga Group is acknowledging the club and its history in the new building.

“The Hakoah board was honoured that Toga intends to establish a community room that they wish to name the Hakoah Room,” Filler said.

“Hakoah will work together with Toga to place various artworks within the room depicting visions, at various stages of Hakoah’s occupancy, of our former clubhouse.”

“I think that the entire Vidor family have once again exhibited their deep communal spirit in having such respect for the institution that for so many years gave joy and pleasure to our community at the Hall Street site,” Filler said.

“Their ongoing efforts are truly appreciated.”

Waverley councillor Dominic Wy Kanak was also involved in ensuring Hakoah’s historical significance to the Bondi area was recognised, and told The AJN that Toga had made an important gesture.

“I think it’s a good thing for the community to see Toga Group commemorating Hakoah Club, given its long and important place in the broader history of Waverley and Bondi,” Wy Kanak said.

“Hakoah Club is something special, and the club’s former building and overall history should be remembered,” he said.

“The demolition of the old building shouldn’t just pass without the history and the memory of Hakoah being paid respects to.”

Wy Kanak said the efforts of Hakoah member Richard Davis had been instrumental in seeing the club’s history recognised, as Davis brought in the support of the Waverley Historical Society and Jewish Historical Society.

But Wy Kanak would like the Waverley Council to memorialise Hakoah’s Bondi site.

“I would like to see Waverley Council put a plaque outside the new building in the public space in the future,” Wy Kanak said.

“We have round insets in the public footpaths marking historical things about Bondi and Waverley.

“It would be good to see that happen for Hakoah, too.”